Sierra Space, the Nevada-based company looking to expand human civilisation to space, has raised $1.4 billion in a Series A round of funding. 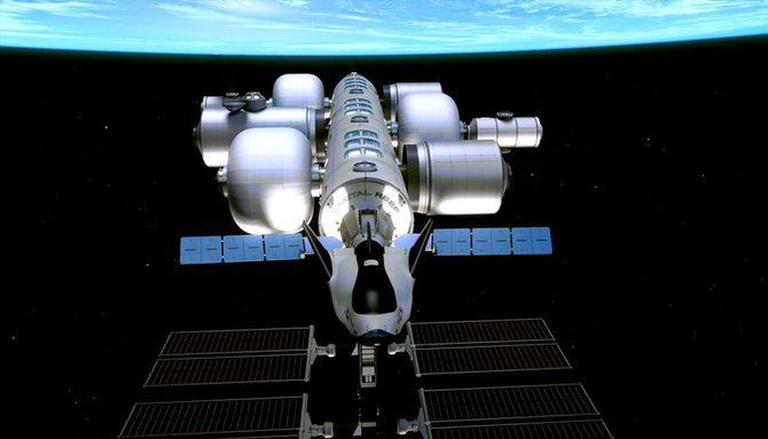 
Sierra Space, the Nevada-based company looking to expand human civilisation to space, has raised $1.4 billion in a Series A round of funding. Taking to Twitter on Friday, the company disclosed the development as it wrote, “We are proud to announce today a record $1.4B Series A investment of primary capital. This investment accelerates our vision of enabling humanity to build civilizations in space while enhancing life on Earth”.

We are proud to announce today a record $1.4B Series A investment of primary capital. This investment accelerates our vision of enabling humanity to build civilizations in space, while enhancing life on Earth. See full details here: https://t.co/3xdMIn6a9P pic.twitter.com/aWgClS9hZ9

Sierra Space is a subsidiary of the Sierra Nevada Corporation and is working on multiple space-related projects like the Dream Chaser, a cargo and crew-delivering spaceplane and the Orbital Reef, a commercial space station. As per the company’s official release, Tom Vice, CEO of Sierra Space was quoted saying,

"We are building the next generation of space transportation systems and in-space infrastructures and destinations that will enable humanity to build and sustain thriving civilizations beyond Earth. Space provides a unique environment that will enable new breakthroughs in critical areas such as pharmaceuticals, semiconductors, fiber optics and energy that will directly enhance our life on Earth."

The company further stated in its release that it intends to offer affordable access to space which would enable businesses, entrepreneurs, researchers and governments to make breakthroughs and help in the expansion of humanity beyond Earth. The said amount of funds will reportedly be spent on two of Sierra Space’s biggest space-related projects mentioned above.

This project aims to develop an aircraft that would offer cargo resupply services to the International Space Station (ISS). Besides, it can also be used to transport astronauts to space and customer segments will include both private and public ones, says Sierra Space. In a previous statement, NASA astronaut & Sierra Space president, Janet Kavandi had said that the plane will be built with a capability to carry up to 5,500 kilograms of cargo along with six astronauts. “The Dream Chaser spaceplane is hands-down the best way home. A runway landing is the optimum solution for both humans & science”, she added.

Sierra Space is planning to develop a commercial space station called Orbital Reef, which according to the company will be a Large Integrated Flexible Environment (LIFE™) Habitat, a modular, three-story commercial habitation, business and science platform. Reports suggest that the space station will be ready by 2030 at most and will provide exotic hospitality to ten space visitors at once. Among Sierra Space's partners for the project are Jeff Bezos’ Blue Origin, Boeing, Redwire Space and Genesis Engineering Solutions, and Arizona State University who will develop different components of the Orbital Reef. Sierra Space’s Dream Chaser will be also brought to use for transporting goods to and from this soon-to-built space station.