Ring of fire solar eclipse will occur on June 10 as the Moon will come in between the Earth and the Sun and NASA has started its live stream of telescopic view. 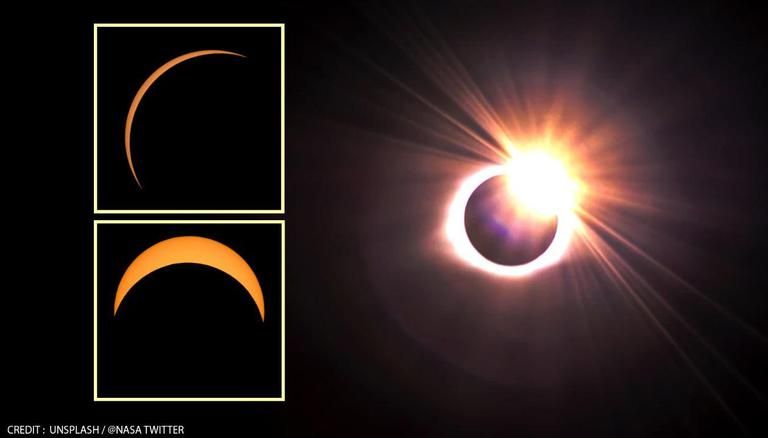 
The ring of fire solar eclipse will occur on June 10 as the Moon will come in between the Earth and the Sun. Occurring just weeks after the world witnessed ‘Bloodmoon’, ‘Supermoon’ and total lunar eclipse, the solar eclipse on Thursday is an annular one which means that that the moon is far away from the Earth. Hence, it appears smaller than the sun. The National Aeronautics and Space Administration (NASA) has said that the ‘ring of fire' eclipse will be clearly visible in Greenland, northern Russia and Canada along with other nations in Northern Hemisphere such as the UK and Ireland witnessing only partial eclipse.

While India is not among the several nations that will witness the ring of fire eclipse, the rare comic phenomenon can be partially witnessed in extreme parts of Arunachal Pradesh and Ladakh. To feed the curiosity of people across the globe, NASA has also started its own live stream of its telescope views from the Luc Boulard of the Royal Astronomical Society of Canada Sudbury Centre. A fingernail-shaped shadow will cover a different percentage of the sun depending on where the individual lives.

Where can you watch the solar eclipse in India?

Farmers’ Almanac has reported that the path of annularity, which traces where the ring of fire is visible, will start over the northern United States, followed by crossing the Arctic before finishing in northeastern Russia. With regards to India, people in Arunachal Pradesh can see a minuscule fraction of the sun covered by the moon, just before the sunset but on a very low horizon. Reportedly the eclipse will last only 3-4 minutes.

READ | What time is the Solar Eclipse today? Here is everything about it

The director of MP Birla Planetarium, Debiprasad Duari told PTI, “On the northern borders, in Ladakh, a sliver of land in the border region can experience the last phase of the partial eclipse, again for a short duration, but relatively at a higher altitude than the eastern part of the country.” While officials have said that a very small part of the solar eclipse will be visible near Dibang Wildlife Sanctuary in Arunachal Pradesh at around 5:52 PM (IST), the ‘ring of fire’ will be clearly visible in the northern hemisphere. In India, the celestial event will begin at 1:42 pm (IST) and end at 6:41 pm (IST).