SpaceX Launched Falcon 1 On This Day In 2008; Read More About The Liquid-fueled Rocket

On this day, September 28, 2008, SpaceX launched its first privately developed liquid fuel rocket to orbit Earth named Falcon 1. Elon Musk’s Space Exploration Technologies Corporation announced that its fourth mission was successful 9 minutes 31 seconds after a rocket took off from Omelek Island in the South Pacific, US. This marked SpaceX’s first-ever launch of the commercial liquid-propelled carrier into space.

"This is a great day for SpaceX and the culmination of an enormous amount of work by a great team," Elon Musk, CEO and CTO of SpaceX said on the day.

"The data shows we achieved a super precise orbit insertion—middle of the bull's-eye — and then went on to the coast and restart the second stage, which was the icing on the cake,” Musk was quoted in a NASA’s release as saying.

The rocket was lifted at 4:15 p.m. (PDT), 23:15 (UTC) from the Reagan Test Site (RTS) on Omelek Island at the US Army Kwajalein Atoll (USAKA). The vehicle reached space at an elliptical orbit of 500 km by 700 km, 9.2 degrees inclination, according to SpaceX's preliminary data. The second flight for SpaceX-developed Merlin 1C regeneratively-cooled engine comprised of a two-staged rocket that launched at about 2,500 miles (4,023 km) southwest of Hawaii. The fourth time's the charm, Musk was quoted saying about the launch’s success to the press.

Read: NASA Invites Amritsar Teen To US After She Bagged First Position In ISO 2020

Established in the year 2002, Elon Musk’s SpaceX primarily dealt with low-cost commercial space launches that marked its beginning with the Falcon 1. Musk called the launch as the “first step” for SpaceX. The fourth attempt of the rocket was preceded by the three failed attempts, the earlier one being in March 2006, which failed due to the fuel leakage and combustion. In the rocket’s second launch, a glitch was reported after the engine shut down at 80 miles (289 km) from the Earth. However, SpaceX’s Falcon 1 rocket successfully entered the targeted orbit range with its 68 feet tall (21 meters) tall booster and nearly 1,256 pounds (570 kg) of payload. 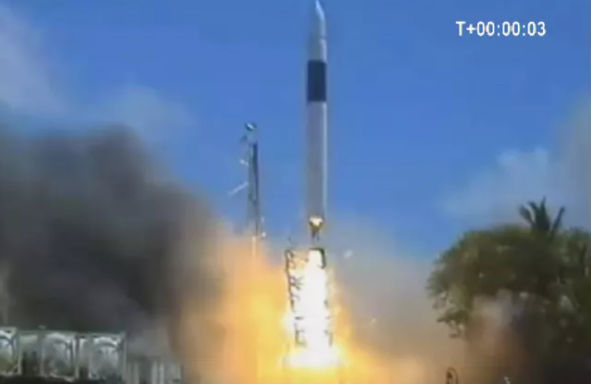 Read: NASA’s $23 MN Toilet With Improved Efficiency For Space Missions Is All Set For Launch