NASA stated that these companies will help in the advancements towards sustainable human landing system concepts under the Artemis mission. Read further. 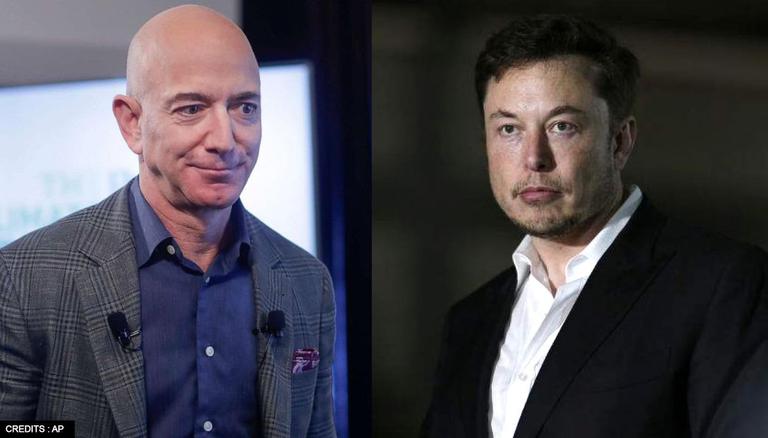 
NASA on Wednesday, September 15, announced to award contracts, having a combined worth of  $146 million, to five U.S companies under its Next Space Technologies for Exploration Partnerships (NextSTEP-2) for Artemis mission. The selected companies include Elon Musk's SpaceX ($9.4 million) and Jeff Bezos' Blue Origin ($25.6 million) along with Dynetics ($40.8 million), Lockheed Martin ($35.2 million.) and Northrop Grumman ($34.8 million).

As per the agency's official website, these key players will help the agency to make advancements towards sustainable human landing system concepts under the Artemis program.

The selected candidates will assist the agency to enable a steady pace of crewed trips to the lunar surface by conducting risk-reduction activities, and by providing feedback on NASA’s requirements to cultivate industry capabilities for crewed lunar landing missions, NASA officially said. To be conducted over the next 15 months, the program will see companies develop lander design concepts, evaluating their performance, design, construction standards, mission assurance requirements, interfaces, safety, crew health accommodations, and medical capabilities. They will also mitigate lunar lander risks by conducting critical component tests and advancing the maturity of key technologies, as per NASA.

The work from these companies is expected to help in shaping the strategy and requirements to provide regular astronaut transportation from lunar orbit to the surface of the Moon. NASA’s associate administrator for Human Exploration and Operations, Kathy Lueders said that this development is a foundation for U.S. leadership in learning more about the Moon and for learning how to live and work in deep space for future missions farther into the solar system. The NextSTEP-2 program will bring arch-rivals Musk and Bezos under the same roof after their spat recently made the headlines.

The Musk and Bezos spat

Although the two have continuously taken digs at one another, the rivalry got bitter after Bezos' Blue Origin filed a lawsuit over NASA's awarding of a $2.89 billion contract to SpaceX, for building the 2024 Artemis spacecraft. As a result, the contract awarded to SpaceX was suspended following Bezos' protests with the US government Accountability Office (GAO), as per media sources. Recently, Musk fired back on Bezos saying filing lawsuits is his (Bezos') full-time job now.

According to NASA, the goal of Artemis includes enabling a safe and cost-efficient long-term approach to accessing the lunar surface, thus making human visits more frequent to the Moon and becoming one of the multiple customers purchasing services in a lunar transportation market. Interestingly, Artemis will see the landing of the first woman and first person of color on the lunar surface. Besides, the agency also targets sending a suite of new science instruments and technology demonstrations to study the Moon, and establishing a long-term human presence there.