In another scientific breakthrough, researchers have finally found an explanation for the mysterious occurrence of araneiforms or spiders from mars.

In another scientific breakthrough, researchers have finally found an explanation for the mysterious occurrence of araneiforms. Popularly known as “spiders from Mars”, this extraterrestrial phenomenon occurs when black arachnids looking splodges appear on the surface of Mars. The rare Mars-only phenomenon has remained an enigma for the scientific community for a long, but recently British and Irish researchers came up with plausible explanations behind their appearance. 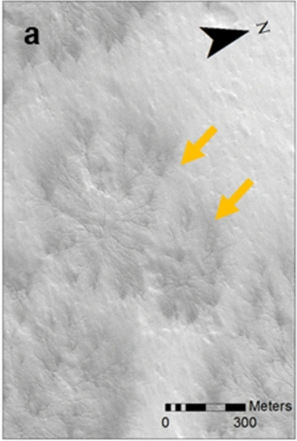 In the study that was published in the journal Scientific Reports, researchers said that the phenomenon could be explained through the sublimation of CO2 ice. To prove the same, they used a mars simulation chamber in the Open University. Beginning the experiment, they took pieces of CO2 ice blocks, which were hovered on the top of beds of different sizes of grains. They then lowered the pressure in the room to that of mars and placed the ice blocks directly on the surface. As the CO2 ice blocks sublimed or turned directly from solid to gas, the material placed beneath the blocks came through the hole. When they lifted the block, they found a similar spider-like pattern on the surface. 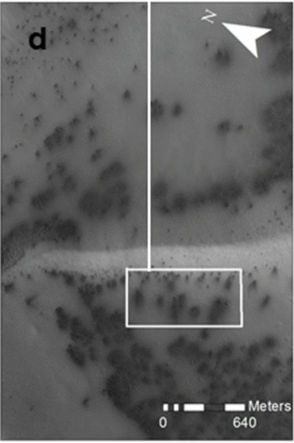 "The Martian atmosphere comprises over 95% CO 2,  at least a quarter of which freezes each year6. As winter comes and temperatures decrease, a dry ice layer is deposited on the Martian surface6 ranging in thicknesses of nearly a metre at the poles, to a few millimetres further towards the equator7,8. The average atmospheric pressure on Mars is very low at 6 mbar, below the triple point and so as this ice heats in spring, it sublimates; that is, it directly converts from solid to gas. The basal sublimation of the seasonal cap is now recognised as a cardinal geomorphological agent responsible for reworking the surface of Mars today9, in particular forming araneiforms, which are unlike any surface feature seen on Earth,” they wrote in the paper.

The explanation has been accepted for a decade but the study marked the first time it was proven physically. Speaking to the Independent, Lauren McKeown, the lead researcher of the study said that it was "exciting" because it explains how the martian surface is altering seasonally. 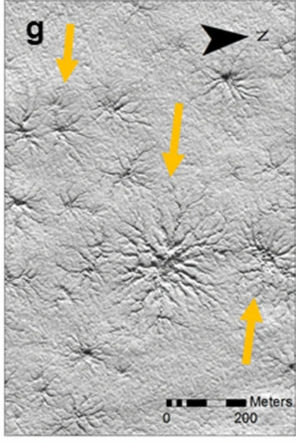