Will COVID-19 Ever Go Away? Health Experts Explain How Viruses Mutate Into Milder Strains

Now, the question arises of how viruses mutate into a much milder form, indistinguishable from other seasonal flu bugs, and will COVID-19 go away the same way 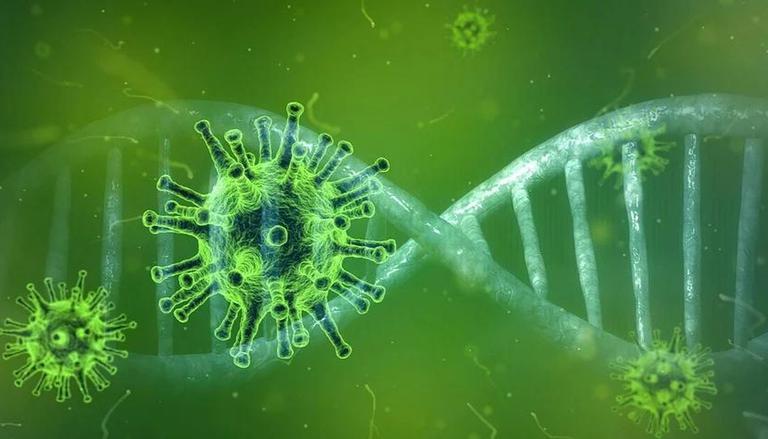 
Amid the ongoing COVID-19 pandemic, the advent of the Omicron variant has prompted a new wave of panic across the globe. While several countries around the world are closing borders and re-imposing lockdowns, health experts have, however, said that the highly transmissible COVID-19 strain is less harmful than the previously dominant Delta variant. Thus, it is to mention that long before Omicron had even appeared in South Africa, virologists had predicted that the COVID-19 would eventually evolve into a near-harmless form, which would ironically give it a selective advantage over previous strains.

Now, the question arises of how viruses mutate into a much milder form, indistinguishable from other seasonal flu bugs, and will COVID-19 go the same way the novel strain of H1N1 influenza did back in the 1920s.

According to Sputnik, health experts have explained the basic concept. They said that in order to thrive and continue its genetic line, a virus must spread from organism to organism. They added that a virus that rapidly kills its host will have fewer opportunities to infect new ones. Viruses cannot live and multiply freely in the wild.

"I believe that viruses tend to become less pathogenic," Burtram Fielding, a coronavirologist at the University of the Western Cape in South Africa told Knowable magazine last year. "The ultimate aim of a pathogen is to reproduce, to make more of itself. Any pathogen that kills the host too fast will not give itself enough time to reproduce,” Fielding added.

5% of mutations actually beneficial to virus

Further, scientists explained that another factor working to neuter new pandemic viruses is the very thing that causes them to arise in the first place. They said that like COVID-19, the viruses often jump from one species to another, therefore, they have the ability to mutate and evolve in a short timeframe. While using COVID-19 as an example, the health experts said that coronavirus is one of many viruses whose genetic information is carried on a single strand of RNA, which is a long-chain molecule used to translate the DNA of living cells into the proteins they code for.

These kinds of viruses are known to have very high mutation rates. Edward Holmes of Pennsylvania State University said that RNA virus evolution is so rapid that it can often be observed in real-time. While referring to previous research, Holmes said that 40% of mutations cause the line of the pathogen to go extinct. Another 30% is generally harmful to its survival and over 25% were of neutral effect. Therefore, just 5% of mutations are actually beneficial to the virus, which then improves its fitness to survive.

READ | 'COVID-19 will not be last pandemic, we need to prepare for next one': UN chief warns

Holmes went on to discuss how a high rate of mutations can give a selective advantage by creating beneficial new traits more rapidly. However, he also added that too much mutation can be counter-productive as well if it prevents good mutations from stabilising in the population. Holmes said that the fittest genotype can find itself wiped out by a harmful random mutation cropping up - an event known as “error catastrophe”. He also went on to say that another phenomenon is when a population crosses the “extinction threshold” where bad mutations accumulate faster than natural selection can weed them out.

Health experts noted that while the Delta variant sparked concerns about its supposed ability to break through existing immunity, a strange thing happened in Japan. They said that in late summer, after peaking, the Delta strain mysteriously began to fade away. By November, the daily cases, which exceeded 26,000, were down to 200 cases. National Institute of Genetics and Niigata University then proposed that the virus had mutated itself into “self-destruction”. Professor Ituro Inoue believes that the virus had acquired too many mutations in its gene for an error-correcting protein called nsp14.

READ | 'Omicron could lead to another pandemic; vaccinated people may be at risk': Health experts

“We were literally shocked to see the findings,” Inoue told The Japan Times. “The delta variant in Japan was highly transmissible and keeping other variants out. But as the mutations piled up, we believe it eventually became a faulty virus and it was unable to make copies of itself."

"Considering that the cases haven’t been increasing, we think that at some point during such mutations it headed straight toward its natural extinction," the professor concluded.

WE RECOMMEND
COVID-19: January will be a 'really hard month' as Omicron fuels infections, expert warns
Asia keeps omicron at bay, but a surge may be inevitable
Omicron strain could displace Delta variant as patients show increased immunity: Study
WHO warns Omicron may lead to overwhelming hospitalisations, disruption to health services
One more foreign returnee tests positive for Omicron, tally rises to 9 in Odisha
Listen to the latest songs, only on JioSaavn.com