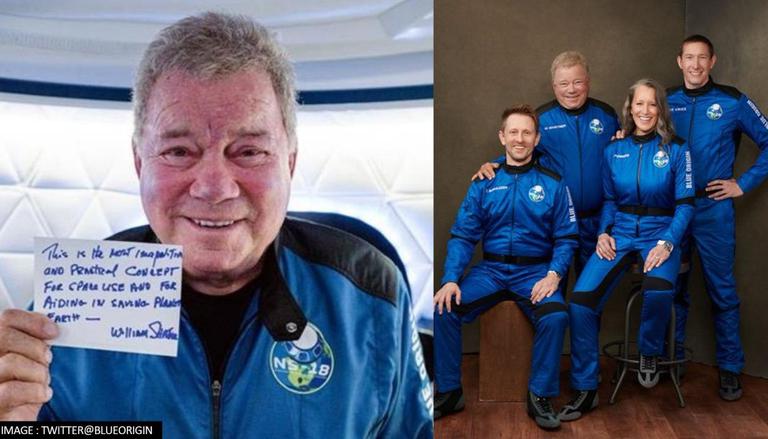 Blue Origin’s much-awaited manned mission NS-18 is now all clear and will launch today, October 13. The launch was earlier postponed from October 12 to October 13 due to unfavourable weather conditions. Now, the space flight is ready to etch history as the company’s New Shepard rocket will carry Star Trek actor William Shatner along with three other civilians to outer space and back. Interestingly, Shatner is set to become the oldest person to travel to space at the age of 90 years.

The take-off will take place from Blue Origin's West Texas site, near the town of Van Horn. “Forecasted winds at launch have subsided and weather currently looks good for Wednesday. Liftoff is now targeted for 9:00 am CDT / 14:00 UTC due to forecasted winds at rollout,” the space exploration company had tweeted on Tuesday after its final meeting of engineers.

The take-off will take place from Blue Origin's West Texas site and interested viewers can watch the launch by logging onto the company’s official website. Viewers can also watch the launch on the company’s official YouTube channel. Blue Origin has already scheduled the live cast of the launch by the name, ‘New Shepard Mission NS-18 Webcast’ on YouTube. Besides, the viewers can also keep up with the updates on the company's official Twitter handle. The lift-off will take place at 7:00 pm and the broadcast is likely to commence an hour earlier.

Star Trek fame William Shatner will script history by becoming the world’s oldest person to travel to space once the mission is successful. Talking to the Associated Press, he had said, "I’ve heard about space for a long time now. I’m taking the opportunity to see it for myself. What a miracle." Moreover, he also shared a post on Twitter expressing his excitement. However, he recently revealed that he is also "terrified" ahead of the upcoming launch.