Elon Musk, while reacting to the report, also took shots at Twitter CEO Parag Agarwal's claim that the site has just about 5% fake accounts. 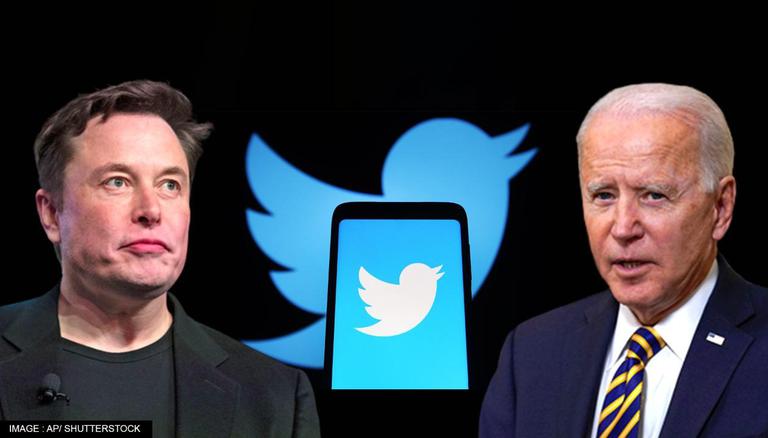 
Half of US President Joe Biden's Twitter followers are fake, revealed a new audit completed by software company SparkToro. According to Newsweek, the audit revealed that about 49.2% of 22.3 million followers on President Biden (@POTUS) account are not authentic. The software company labels a profile fake when it is "unreachable and will not see the account's tweets (either because they're spam, bots, propaganda, etc. or because they're no longer active on Twitter)."

SparkToro determined the number of fake Biden followers by analysing factors such as profile images, new users and their location issues. Notably, the high number of fake accounts on Twitter prompted billionaire Elon Musk to put his buyout of the micro-blogging site on hold. Recently, Musk has reacted to the report on Biden's fake followers and took shots are Twitter CEO Parag Agarwal's claims that there are only 5% of such accounts.

Reacting to Newsweek's report, Musk tweeted, "Interesting", and followed up with, "So … [checks calculator] … that would be like 10 times more than 5% (sic)". 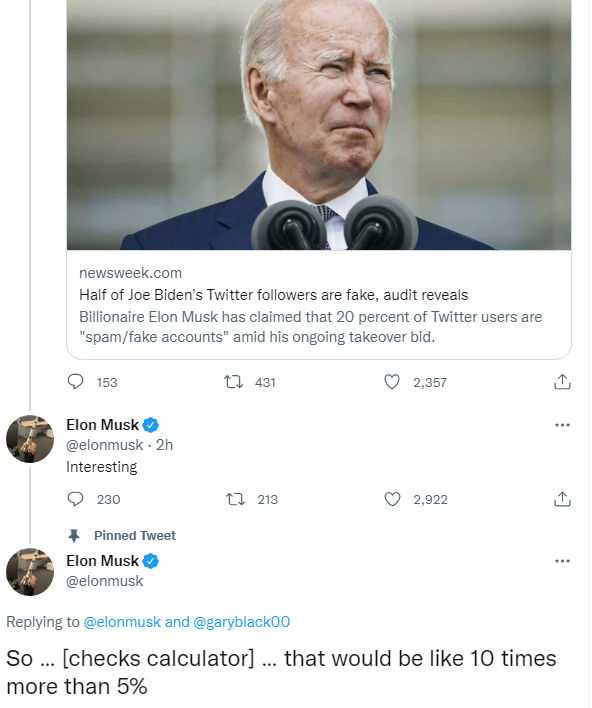 Recently, Musk engaged in a debate with Agarwal over the claimed number of spam accounts on Twitter. Contrary to Agarwal's claims of the platform having just 5% of such accounts, Musk said that the number could be as high as 20%. He even announced to put his $44 billion Twitter deal on hold until the former produces proof to solidify his statement. ‘Fake’ or ‘spam’ accounts mainly refer to the so-called bots or automated accounts that have the potential to burden the platform with potentially harmful or misinformation-spreading activity.

20% fake/spam accounts, while 4 times what Twitter claims, could be *much* higher.

My offer was based on Twitter’s SEC filings being accurate.

This deal cannot move forward until he does.

Agarwal, on the other hand, seemed to downplay Musk's concern over the same as he tweeted a couple of days ago that "many accounts which look fake superficially- are actually real people". Expressing concerns over the micro-blogging site's status, Musk had recently said, "The more questions I ask, the more my concerns grow. They claim that they've got this complex methodology that only they can understand ... It can't be some deep mystery that is, like, more complex than the human soul or something like that".