A group filed more than 80 complaints against content censored by Instagram's automated moderation system that was causing “greater than expected" takedowns. 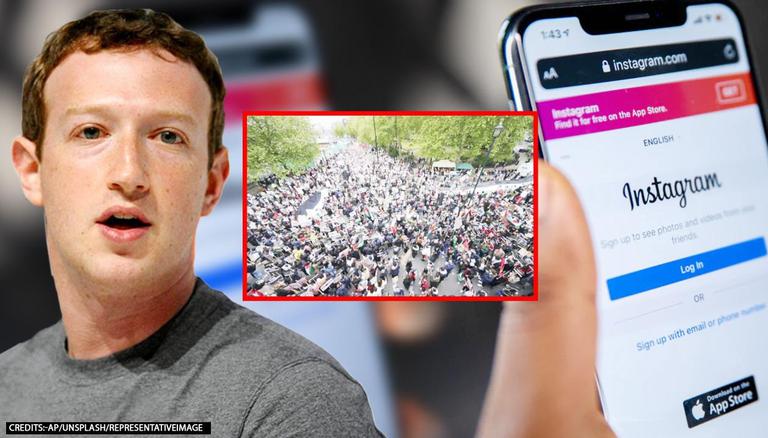 
After accusations of censoring pro-Palestine content, Instagram on Sunday announced that it has tweaked its algorithms and will be able to rank the original content and have it reposted “equally”. Instagram’s change in settings comes after recent complaints by the staff that the viral, breaking news and up-to-date posts related to Palestine in the recent Gaza War were being taken down automatically on the platform.  The social media giant has prioritized the original content in the “story” that usually appears at the top of the user’s feed if the content is reshared extensively or reposted by others and is viral. But it has not been the case with the pro-Palestinian content, according to some reports. A group had filed more than 80 complaints against content censored by Instagram's automated moderation system, according to Buzzfeed.

A spokeswoman for Instagram told the outlet that more and more users were sharing news and content about the conflict in Gaza, but the way the platform was set up had, what she described, a “greater than expected impact” on the size of the audience that was able to view that content. Additionally, Instagram and Facebook’s algorithms label words that have been seen as more common with Palestinian users, such as “martyr” and “resistance,” that are interpreted by the platform as incitement to violence. She added, saying that the story of resharing feed posts hasn’t been reaching the audience’s expectation, and it’s not a good experience. So, therefore, Instagram plans to give the same weight to the reshared posts, just like the story that was originally created by the platform.

As many as 50 employees on Facebook, and Instagram, expressed concern about the suppression of pro-Palestinian content. Employees told the Financial Times that they didn’t believe that the censorship on Facebook and Instagram was in any form intentional but that there were “large-scale moderation biases groups” that were left out from audience exposure. The complaints alleged the over-execution of takedowns of the content that inclined to Palestine.

“I’m sorry for those who feel that they can’t pay attention to important events, or that this intentionally suppresses their voice. This is by no means our intention and we do not want to silence any particular community or perspective,” Facebook had earlier said in a statement. Instagram announced that it was now changed in its AI systems after critics dipped the app review rating of the platforms across both Apple and Google app stores. The ratings usually 4 out of 5 were dropped to 2.3 on Google Play and 2.4 out of 5 on the App store.