When Facebook did some major algorithmic to its news feed last year with an aim of “bringing people closer together,” little did we know that its efforts will show more angry reactions among Facebook users?

When Facebook did some major algorithmic to its news feed last year with the aim of “bringing people closer together,” little did we know that its efforts will show more angry reactions among Facebook users! According to a new study published by NewsWhip, a social media engagement tracking company, users are angrier since the last major newsfeed overhaul and at the same time, topics such as religion, abortion and politics draw more engagement.

“It’s been just over a year since Facebook announced their algorithm change, shaking up the world of social publishing,” researchers note.

Following are the content on Facebook that drew most engagement this year so far. The data gathered by NewsWhip focused on the following period: January 1st to March 10th, 2019. As you can see, most of the headlines were related to topics such as death, suicide, guns, murder, politics, abortion, crime and religion. Similarly, most shared and commented headlines were no different either: 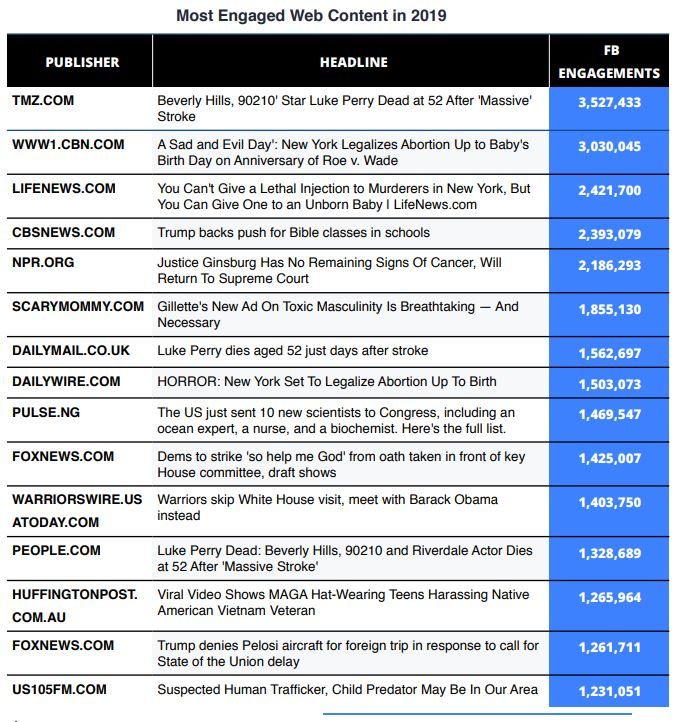 The study also compares Facebook’s overall engagement rate in 2019 within the same period from the last two years. In a nutshell, Facebook has significantly improved its engagement game at the beginning of this year, topping the numbers since 2017. Apparently, 2018 was not a great year for Facebook in terms of posts engagement. 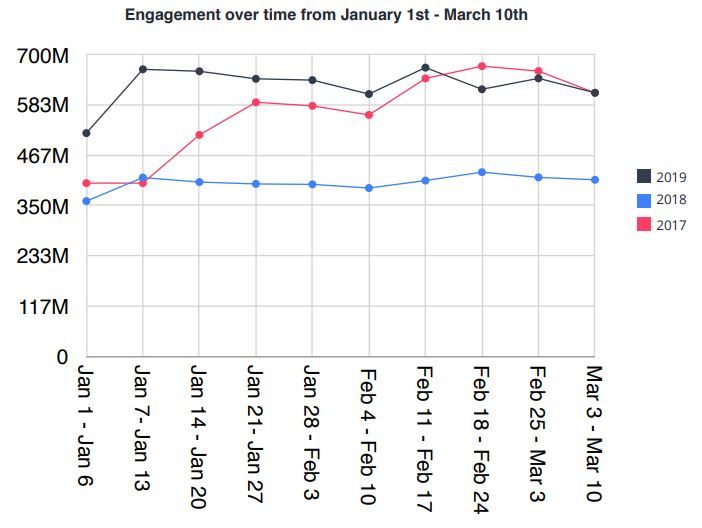 According to this study, political posts generated the most number of angry reactions on Facebook. In fact, politics (36 per cent) dominate the top 100 stories in 2019, followed by Soft/General Interest (17 per cent), Death (11 per cent), Science (10 per cent), Hard/General (8 per cent) and Economics (6 per cent). 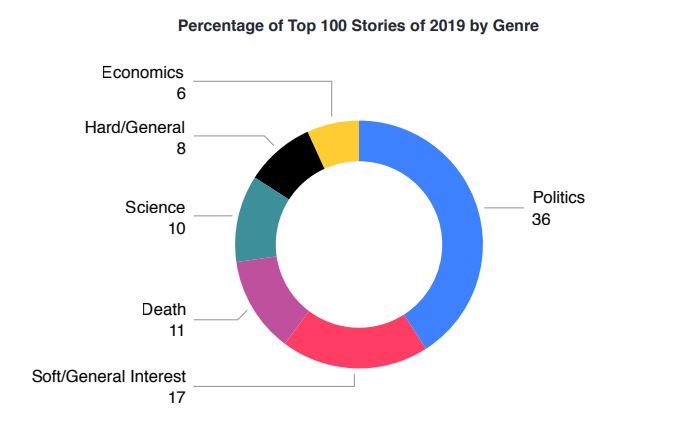 “Outside of political content, there were not many angry reactions on Facebook’s native content, and Angry reactions made up fewer than one percent of the reactions to the top 10,000 posts,” researchers added.

PEOPLE HAVE PLEDGED SO FAR
Facebook launches preventive health tool: What is it, how does it work
Visayan warty pigs use tools to build nests; netizens amused by video
WhatsApp to offer startups in India with $250,000 worth of Facebook ad credits
Twitter details political ad ban, admits it’s imperfect
Here is how you can deactivate your Instagram account temporarily
DO NOT MISS
AKHILESH VISITS AZAM KHAN IN JAIL
JUSTICE S. MURALIDHAR ON TRANSFER
BREACH OF PROPRIETY OR CONVENTION?
DELHI VIOLENCE: CRIME BRANCH FORMED
SHOCKING FINDINGS AT TAHIR'S OFFICE
SONIA GANDHI MEETS PRESIDENT