For Twitter Spaces Recording, hosts will need to toggle on 'Record Space' prior to launching a new Space. The feature will be available for limited iOS users. 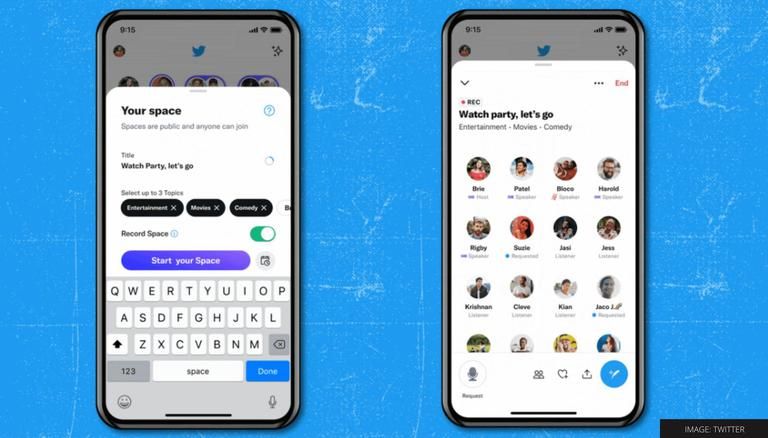 
On October 29, 2021, Twitter rolled out the first iteration of Spaces Recording, which offers hosts the ability to grow their audience by providing the option to record and share a Space on platform.  With this rollout, Spaces Recording will initially be available to a limited number of Twitter Spaces Hosts on iOS (and all listeners on iOS and Android), and within a few weeks expand to everyone else.

With the ability to record Spaces and share them across the platform, hosts are able to extend the value of their work, past the moment during which a Space is live and listeners have the benefit of playing back the Space and sharing it across their timelines. It would imply that anyone who might have missed the beginning or any other part of the broadcast can go through the recording.

one feature you’ve been asking for is Spaces Recording and the ability to replay. Some hosts on iOS will now be able to record their Spaces and share it out to their audience. pic.twitter.com/Puz78oCm4t

To create a Spaces Recording, Hosts will need to toggle on 'Record Space' prior to launching a new Space. All participants will see a recording icon appear when they enter the Space indicating that the Space is being recorded. Once the Space ends, Hosts will have access to the full-length recording for 30 days after the initial broadcast, during which they can share it or Tweet it.

Listeners will also have the ability to playback any recorded Space directly from their timeline, as well as share recorded Spaces across their networks. Hosts can delete a Spaces Recording at any time however, Twitter will still keep a data file of it for a period of 30-120 days in order to check for any abusive/hateful content. Listeners simply click the ‘Play Recording’ button on any Spaces Card in the timeline to playback recorded Spaces.

Twitter Spaces was launched back in November 2020 to rival the popular audio-only social platform Clubhouse. However, the feature of creating audio-only chat rooms or hosting a Space was limited to Twitter users with 600 followers or more.

READ | Open Internet more at risk now than ever before: Twitter

Nevertheless, Twitter is now rolling out the Space feature for all users. Hereafter, users on the microblogging platform will be able to create a Space chatroom without any restrictions based on the number of followers.