In a breaking development, the official Twitter account of Jammu & Kashmir Lieutenant Governor Manoj Sinha was suspended by the micro-blogging platform. 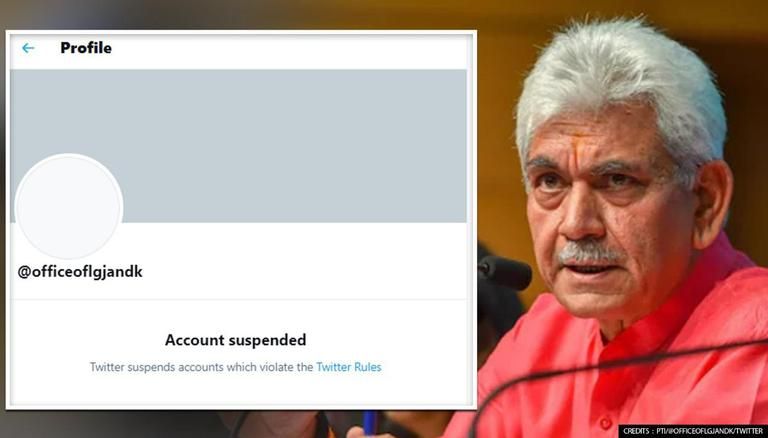 
Update at 7:30 pm: The account has been restored. An explanation in this regard is awaited. 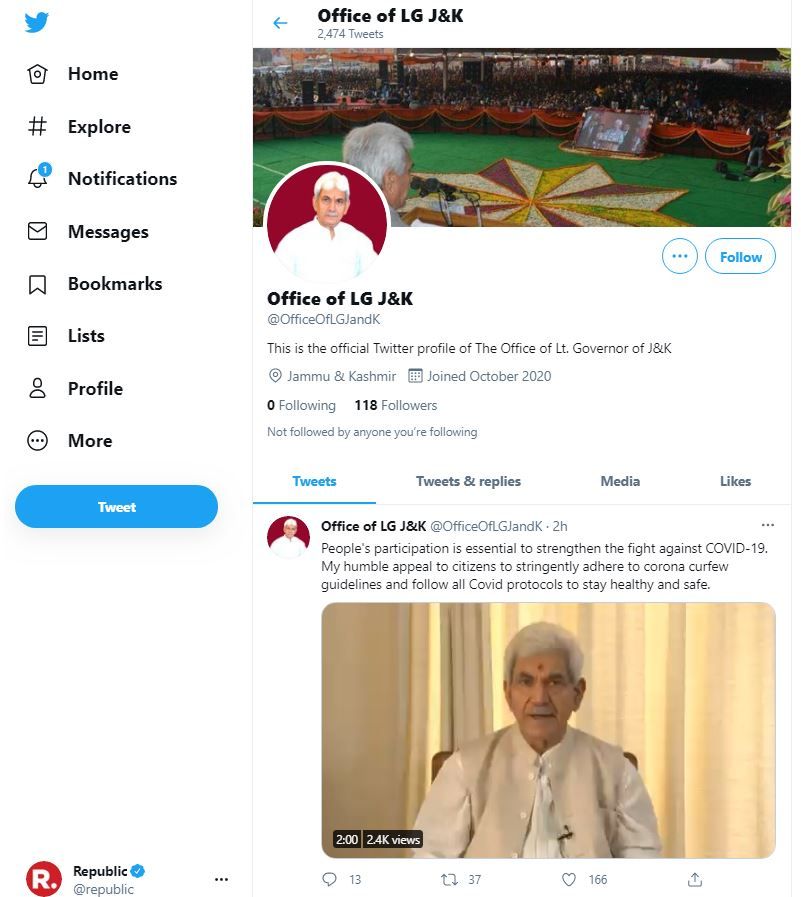 In a breaking development, the official Twitter account of Jammu & Kashmir Lieutenant Governor (@officeoflgjandk) was suspended by the micro-blogging platform on Monday. A senior official in the Raj Bhavan, on the condition of anonymity, has told Republic Media Network that this matter of account suspension has been taken up with the Twitter authorities and they have been informed that this is the official Twitter handle of Lieutenant Governor Manoj Sinha. 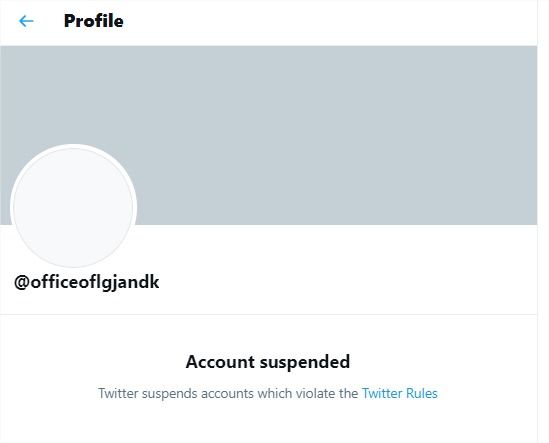 "This might have happened due to some confusion but there was nothing that was shared by this Twitter handle violating the norms set by Twitter for operations in India. We are hopeful that this confusion will be cleared in a short while and the Twitter handle will be restored. We are also writing to Twitter to verify this Twitter handle,” the anonymous top source who spoke to Republic Media Network added, expressing the hope that it's just a glitch.

Earlier in August 2020, a fake Twitter handle in the name of J&K LG was found. At that time, the account was immediately suspended and Tahir Ashraf, SP, in charge, Cyber Police Kashmir had said assured that a thorough investigation would be done to determine the identities of the individuals, who allegedly attempted to impersonate Manoj Sinha. This account (@officeoflgjandk), however, though not blue-ticked, is the official handle of the J&K L-G.

The 61-year-old Sinha was born on July 1, 1959, in Mohanpura of Ghazipur district of eastern UP and has been actively involved in working for the backward villages of eastern Uttar Pradesh. His political career started when he was elected the president of Banaras Hindu University Students Union in 1982. He was elected to the Lok Sabha for the first time in 1996 and repeated the term in 1999.

Sinha has been a member of the BJP national council from 1989 to 1996. He was elected to the Lower House for a third term in national politics when the BJP swept the Lok Sabha elections in 2014. He was former Minister of State for Railways and later held an independent charge of the Ministry of Communication. He was defeated by Bahujan Samaj Party’s (BSP) Afzal Ansari in last year’s Lok Sabha polls.

WE RECOMMEND
Twitter suspends accounts posting Trump's statements amid ban; cites 'breach of policy'
Lasith Malinga makes Sri Lanka top Twitter trend in India on Monday; here is why
Twitter to allow users to 'sell tickets' for audio chats on Spaces, here's how it works
Koo founders welcome Kangana Ranaut after her Twitter suspension, share first note
Meek Mill invests in Dogecoin after announcing it on Twitter; How much did he invest?