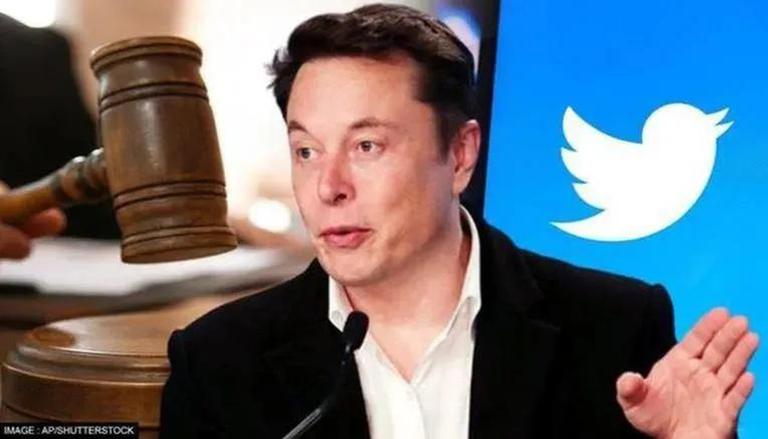 
Twitter has got an opportunity to question billionaire and Tesla CEO Elon Musk under oath in Delaware next week as part of the litigation in Musk’s bid to walk away from his $44 billion deal to buy the social media company, according to CNN.

A filing in Delaware's Court of Chancery on Tuesday said that the Billionaire's deposition is scheduled for 26-27 September and may stretch into the following day if necessary. His deposition will take place privately in law offices, and it comes as part of an evidence collecting phase ahead of a 5-day trial scheduled to begin October 17 in Delaware.

The two sides have been locked in an increasingly acrimonious legal battle since July following the billionaire’s announcement of his decision to walk out of the deal. Each side has since accused the other of breaking the agreement. The social media platform wants a judge to order Musk to buy the company as agreed for $54.20 per share.

Musk revealed that he wanted to sever the deal agreement with Twitter alleging that the social media company had intentionally misrepresented the number of users on its platform. In a recent move by Musk's legal team, amendments were made to the countersuit to include a whistleblower complaint from a former Twitter security chief, Peiter Zatko.

Zatko has accused the the company of serious security vulnerabilities that put its users, investors and US national security at risk, a claim that the judge overseeing the acquisition dispute stated that Musk could add to his lawsuit.

20% fake/spam accounts, while 4 times what Twitter claims, could be *much* higher.

My offer was based on Twitter’s SEC filings being accurate.

This deal cannot move forward until he does.

On 5 April, Twitter CEO Parag Agrawal had announced that Musk would join the Twitter board of executives which the billionaire refused through an announcement two days later. Following this, the billionaire had announced his offer to buy Twitter in a $44 billion deal, for $54.20 per share, which was accepted by Twitter’s board on 25 April.

However, since Musk’s bid to back out from the deal, Twitter has alleged that the billionaire is merely trying to get out of the agreement due to economic insecurities. The company has also alleged that Musk is attempting to retrieve inside data on Twitter in order to create his own competitor.

READ | Elon Musk weighs in on Artemis 1 launch scrub; has THIS suggestion for NASA team

Meanwhile, the social media company’s lawyers will also depose Musk lieutenant Jared Birchall and lawyer Alex Spiro in the coming days. This comes after the Twitter co-founder and former CEO Jack Dorsey is set to be deposed on Tuesday by lawyers for the company and Musk. As the case stretches on, Jack Dorsey, Larry Ellison, Marc Andreessen, Tesla, Keith Rabois, and others have found themselves to be in legal crosshairs.