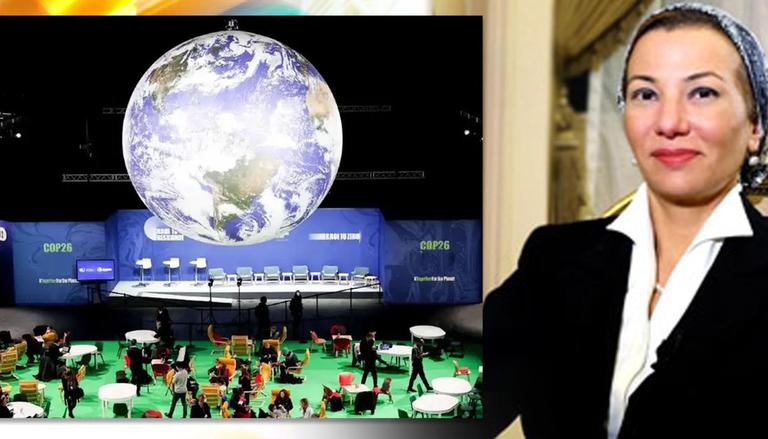 
Egypt's Sharm El Sheikh was selected to host the 27th session of the UN climate change summit in 2022, Egyptian minister of Environment Dr. Yasmine Fouad announced on Thursday. The announcement came against the backdrop of world leaders continuing to present crucial systems and mechanisms to combat climate change at the 26th session of the Conference of Parties (COP26). Following the disclosure, Dr. Yasmine Fouad thanked the internal and African delegates for endorsing Egypt's offer to hold COP27, Egyptian Streets reported.

Referring to Egyptian President Abdel-Fattah El-Sisi's message on climate change in African regions, Dr. Fouad asserted that COP27 will be a true African-centered conference to drive progress on key priorities concerning climate finance, adaptation and mitigation. Besides, it will also focus on carbon neutrality and follow up on the commitments made in the current summit. Dr. Fouad also congratulated the successful efforts of UK Prime Minister Boris Johnson for the significant progress made in the COP26 with announcements of new initiatives and renewing commitments towards climate action. This added an impetus for the effective response to impacts of global climate change, she said.

"We will spare no efforts to make COP27 hospitable for all," Dr. Fouad said in Glasgow.

Emphasising Egypt's commitment to work on building a hospitable environment for the attendees, Dr. Fouad asserted that Cairo will work to build bridges of cooperation and find common ground to forge agreements on critical issues. It will also help African nations to beef up measures to combat climate change. Notably, Egypt has announced its official National Climate Change Strategy at the ongoing COP26 Glasgow Summit. The approaches are aimed at lowering carbon emissions, increasing reliance on clean energy, and building resilience through protecting citizens. It also focuses on protecting the health of citizens and confronting biodiversity loss. Besides, there are also provisions for climate finance and scientific research, Egyptian Streets reported.

Minister of Industry and Advanced Technology in the United Arab Emirates (UAE), Dr. Sultan Al Jaber, on Thursday, congratulated Egypt for being chosen as the host of COP27. Assuring UAE's cooperation to host the event, Dr. Jaber asserted that the Gulf nation will identify lessons learned during COP26 for more effective results in the future.

On the other hand, UAE had won the bid to host COP28 on climate change in 2023, UAE PM and Vice President His Highness Sheikh Mohammed bin Rashid Al Maktoum announced, as per ANI. Taking to Twitter the Ruler of Dubai stated that UAE will put all "potential and capabilities to make the conference a success."