LaLitTana was held virtually and moderated by the Indian ambassador to Madagascar & Comoros Abhay Kumar who called the Indian Ocean one gigantic family. 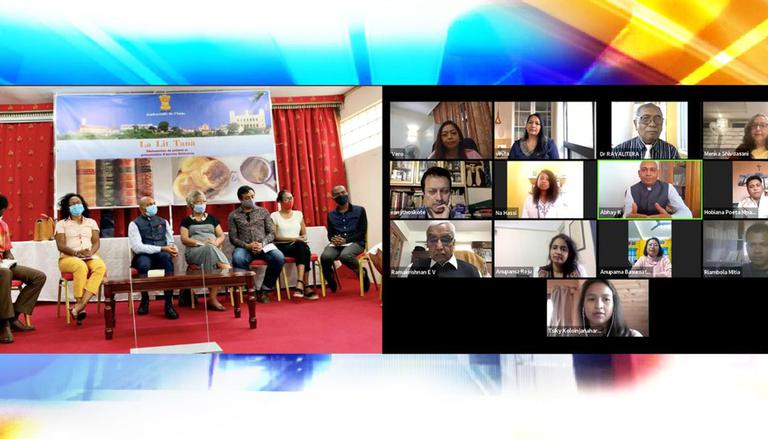 
Embassy of India in Madagascar on Monday, Dec. 13 organized the 13th edition of its monthly literary program LaLitTana on the virtual platform for the first time in view of the Omicron spread. The event involved Malagasy and Indian poets reading their translations of poems each to the other nation. The event was attended by some of the acclaimed Indian poets, including the well-known poet, translator, and art-curator Ranjit Hoskote, eminent poets EV Ramakrishnan, Anupama Basumatary, Menka Shivdasani, and Anupama Raju, according to ANI. Among the Malagasy poets and writers were J. Nalisoa Ravalitera, poet and co-founder of the Circle of Poets Faribolana Sandratra, Research Professor at the University of Antananarivo, and Vice-President of the Malagasy Academy.

LaLitTana was moderated by the Indian ambassador to Madagascar & Comoros Abhay Kumar who called the Indian Ocean one gigantic family, stressing that the Malagasy language has about 300 Sanskrit words. This, he said, shows that India has historical, cultural, and linguistic connections with Madagascar.

The latter also read the verses from his popular poem 'Monsoon' that talks about how the Indian Ocean connects all the islands with India via a poetic thread. The bilateral cultural program was started by Ambassador Abhay Kumar in April 2019 to provide a platform to the poets and writers of both nations where they could portray their literary works and connect culturally.

At one such event earlier, a well-known Malagasy writer Michele Rakotson had appreciated the initiative taken by both countries. The renowned writer Rakotson admired the translation of Indian Poetry from 28 Indian languages spanning over 3,000 years into Malagasy, as she also noted that the literary activity will help bring hearts and souls of India and Madagascar closer. On such work as an example is the Hundred Great Indian Poems which has been edited by Indian diplomat-poet Abhay K and has also been translated into Malagasy with the title "Tononkalo Indiana Zato Tsara Indrindra" by Malagasy writers and poets like Mose Njo, Haja Razanamana, Fanja Rakotondrainibe, Tsiky Rabenimanga, Lalatiana Andrea, Jeannot Luther, Placide Alex, Maholy and Thina. The literary wor is enjoyed by readers in both the countries.