An Egyptian archaeological mission has discovered remains of a residential and commercial town dating back to the Greek-Roman era in Alexandria. 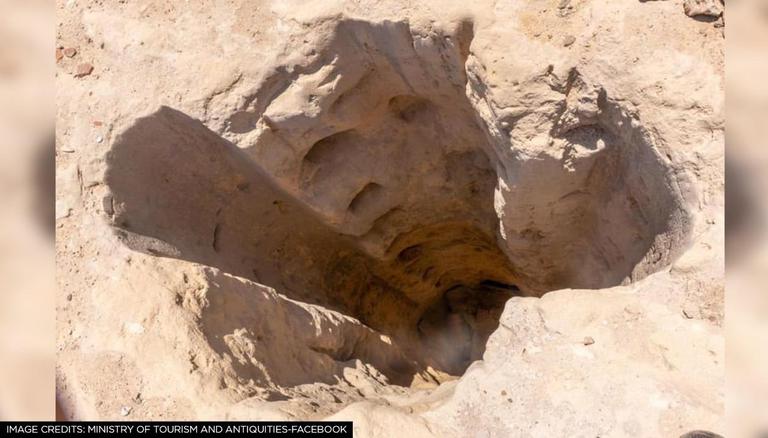 
An Egyptian archaeological mission has discovered remains of a residential and commercial town dating back to the Greek-Roman era in Alexandria. They have been found during the excavation work in the Shattabi area. Many remains of roughly 700 artefacts, plates, various shapes and sizes, large quantities of tools associated with industrial activities such as weights have been discovered.

Discovery of artefacts dating back to Greek-Roman era

According to the Ministry of Tourism and Antiquities, the preliminary studies on the remains of the uncovered suburb showed that it consisted of the main street on which sub streets, all linked to a sewage network. In the press release, it is mentioned that the use of this suburb lasted for a long period. Ibrahim Mustafa, the head of the mission and the archaeology leader in the press release, informed that the discovered archaeological meeting in this suburb indicates that it was heavily linked to trade movement to the city, fishing activities and associated tool industry. The Ministry of Tourism and Antiquities has shared pictures of the discoveries on the Facebook page.

The excavator works on the site lasted for nine whole months. The excavation has found several water wells carved into the rock, a vast network of tunnel tanks covered with a layer of pink slumber to store wells. Rain and flooding that was used in dry seasons. The number of wells and tanks exceeded 40 wells. The tanks found within them had several pottery pots, trails, and statues that indicated this suburb's intensity. Dr Khaled Abu Al-Hamad, General Manager, Alexandria, has informed that studies have shown that the discovered suburb had shops for selling pots and manufacturing and selling statues to idols and legendary heroes and emperors. He added that many remains of mixtures, coins, roughly 700 artefacts, plates, various shapes and sizes, large quantities of tools associated with industrial activities such as weights and fishing nets. Idols, including legendary heroes and Alexander the Great were also found during excavation.

READ | Egypt flies over 40 nationals out of Afghanistan

Alexandria is the third-largest city in Egypt, the seventh-largest city in Africa, and a major economic centre. It is also called the "Bride of the Mediterranean" by locals.