Despite a global panic over the detection of the Omicron COVID-19 variant, South Africa President announced that he will not be imposing new restrictions. 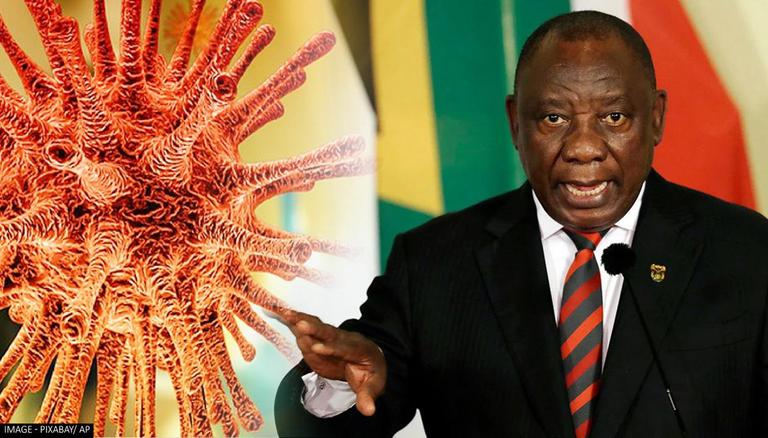 
Despite a global panic over the detection of the Omicron COVID-19 variant, South African President Cyril Ramaphosa on Sunday, 28 November, announced that his nation will remain at the lowest “Level One” of its five lockdown strategies to combat the pandemic. While addressing a national broadcast, Ramaphosa said that South Africa will keep its lockdown restrictions unchanged at level 1, but will look to offer booster shots to the elderly, and strengthen rules around vaccinations. This will include mandatory vaccinations for certain activities, the South African President added.

“In taking the decision not to impose further restrictions at this stage, we considered the fact that when we encountered previous waves of infection, vaccines were not widely available and far fewer people were vaccinated,” Ramaphosa said. “That is no longer the case. Vaccines are available to anyone aged 12 and above, free of charge, at thousands of sites across the country.”

“We also know that the coronavirus will be with us for the long term. We must, therefore, find ways of managing the pandemic while limiting disruptions to the economy and ensuring continuity,” he said.

Further, during the same national address, Ramaphosa also called on more than 20 nations that have imposed travel bans to and from South Africa and its neighbours to immediately end the ban in a bid to avoid further harm to the economies of these countries. While calling for immediate reversal of the ban, the South African President said that the restrictions are a “clear and completely unjustified” departure from the commitment that many of these nations made at the G20 meeting in Rome last month. He also added that there was no justification for keeping these restrictions in place.

“These restrictions are unjustified and unfairly discriminate against our country and our Southern African sister countries. The prohibition of travel is not informed by science, nor will it be effective in preventing the spread of this variant. The only thing the prohibition on travel will do is to further damage the economies of the affected countries and undermine their ability to respond to, and recover from, the pandemic,” Ramaphosa said.

The South African leader stressed that instead of prohibiting travel, the rich countries of the world need to support the efforts of developing economies to access and manufacture enough vaccine doses for their people without delay. He also emphasised on the need to use vaccination as the primary defence tool in fighting the deadly virus. Furthermore, he announced that a task team led by Deputy President David Mabuzza has been established to report back on suggestions that vaccines be made compulsory in some circumstances.

Meanwhile, it is to mention that the Omicron COVID-19 variant was identified in South Africa earlier this week and classed as a ‘variant of concern’ by the WHO. Countries across the globe are currently racing to introduce travel bans and restrictions on South African nations in a bid to contain the spread of the new strain, which is feared to spread faster and partially reduce vaccine protection. In India, the Modi government has asked all states and union territories to conduct rigorous screening and testing of all international travellers coming from or transiting South Africa, Hong Kong and Botswana, where the new strain has been detected.