Australian Prime Minister Scott Morrison claimed on May 16 that if he had informed the opposition, AUKUS details could have been leaked to China. 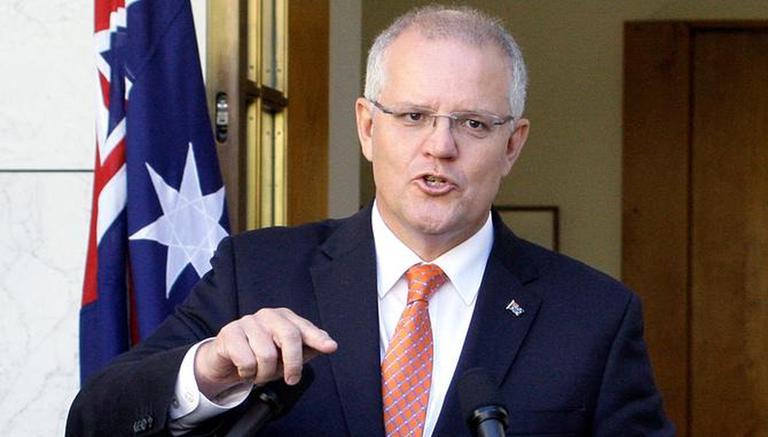 
Australian Prime Minister Scott Morrison on May 16, claimed that if he had informed the opposition, details pertaining to the trilateral security pact AUKUS could have been leaked to China. Earlier, the Australian Labor Party announced that the country's opposition was informed about the AUKUS pact the day before it was unveiled.

Furthermore, Australian Prime Minister Scott Morrison denied claims that Australia broke with the Biden Administration when it decided not to consult Labor before scrapping the French submarine programme and unveiling an ambitious new plan to build nuclear-powered submarines with the UK and the US. Labor has seized on reports that the Biden Administration wanted Scott Morrison and his top minister to brief the opposition on the agreement five months before it was announced in September last year.

According to the Australian Opposition, the ALP was only brought into the tent the day before the pact was unveiled. However, Scott Morrison declared that claim to be "absolutely false" this morning, implying that Labor may have leaked information about AUKUS if it had been briefed earlier, citing a series of meetings between ALP frontbencher Richard Marles and Chinese diplomats.

At a press conference, Morrison said, "(This is) one of the most secure and highly confidential agreements the Australian Government had entered into since ANZUS. I find it passing strange that you think that we wouldn't have maintained absolute discretion, as we did with so many (members) of our own cabinet. AUKUS is a ground-breaking agreement, the most significant defence security agreement Australia has entered into in over 70 years. And I was not going to risk that on the Labor Party."

If Labor had been consulted earlier, it would not have leaked confidential information

Meanwhile, the opposition Leader Anthony Albanese, taking a dig at Morrison's decision to leak private text messages from French President Emmanuel Macron, said on May 16 that if Labor had been consulted earlier, it would not have leaked confidential information about the agreement. The ALP has backed the AUKUS agreement but accused the Coalition of trying to extract political advantage from it by refusing to include it in the delicate negotiations.

Morrison did not specify the type of bipartisan consultation requested by the US prior to the AUKUS announcement, but stated that the government had "absolutely complied with all of the issues that needed to be addressed informing that partnership." Notably, earlier this week, Defence Minister Peter Dutton made a similar point, claiming that the deal had gone ahead even though Labor had only been consulted very late in the process.