Prime Minister Scott Morrison on Friday rejected Chinese criticism of Australia's new nuclear submarine alliance with the United States and said he doesn't mind that President Joe Biden might have forgotten his name. 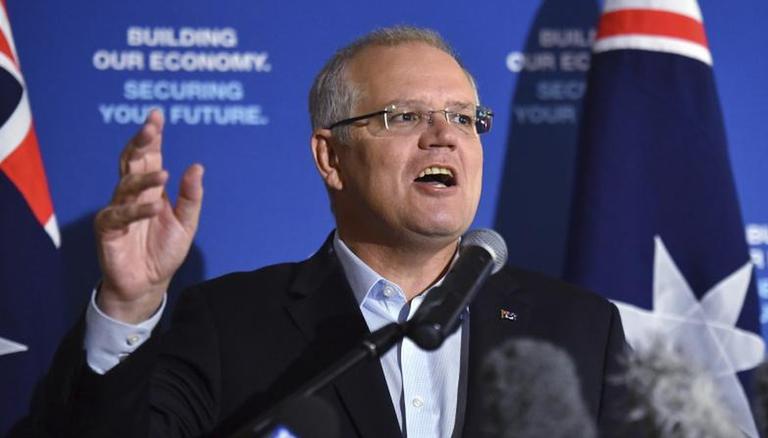 
Prime Minister Scott Morrison on Friday rejected Chinese criticism of Australia's new nuclear submarine alliance with the United States and said he doesn't mind that President Joe Biden might have forgotten his name. China reacted angrily when Biden, Morrison and British Prime Minister Boris Johnson used a virtual news conference this week to announce a trilateral defense alliance that will provide Australia with a fleet of at least eight nuclear-powered submarines.

Chinese Ministry of Foreign Affairs spokesperson Zhao Lijian said it was "highly irresponsible" for the U.S. and Britain to export the nuclear technology. Morrison said Australia wanted to boost peace and stability in the Indo-Pacific region. News of the alliance received a positive response in Singapore.

The island-state's Prime Minister Lee Hsien Loong told Morrison in a phone call he hoped the nuclear deal would "contribute constructively to the peace and stability of the region and complement the regional architecture," Singapore's Ministry of Foreign Affairs said in a statement.

French leaders have been scathing of the deal that scuppers a contract with France to build 12 conventional diesel-electric submarines for Australia. Observers say Biden appeared to have forgotten Morrison's name during Thursday's news conference, which was televised from three countries. The president referred to the Australian prime minister as "pal" and "that fellow Down Under."

Biden didn't use Morrison's name, while he referred to Johnson as "Boris." It reminded Australians of when then-President Donald Trump's spokesman Sean Spicer repeatedly referred to Morrison's predecessor, Malcolm Turnbull, in 2017 as "Mr. Trumble." Morrison laughed off what some have described as an awkward exchange with Biden that undermined Australia's significance to the United States. Morrison said he and the president enjoyed a great working relationship.

"Oh, I didn't pay much attention to it. I mean, these things happen. They happen frequently," Morrison told Nine Network.

"From time to time, you know, I've been known to let the odd name slip from my memory — that's pretty normal in our line of work, I've got to be honest," he added.

Morrison said he referred to Biden as "Mr. President" or "mate" in private conversations. Morrison will visit the United States next week for the first time since Biden became president. The pair will be joined by the leaders of India and Japan for a meeting of the Quad security dialogue.