Australian MP Impressed By UP Govt's Handling Of COVID, Asks India 'can We Loan CM Yogi?'

Impressed by the work of UP Chief Minister Yogi Adityanath, Member of the Australian Parliament Craig Kelly on Friday expressed desire to 'loan' the BJP leader 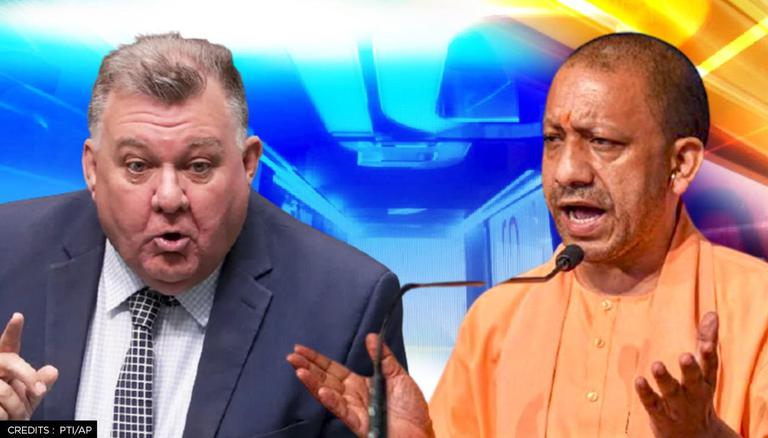 
Impressed by the work of Uttar Pradesh's Chief Minister Yogi Adityanath, Member of the Australian Parliament Craig Kelly on Friday expressed desire to 'loan' the BJP leader to 'sort out the mess' created in the COVID pandemic. The Uttar Pradesh government has time and again been appreciated for its work during the second wave, which hit India in mid-April, with three lakh cases being reported on a daily basis. However, UP - which has 17% of the country's population - recorded a meagre 1% of the cases recorded.

Any chance they could loan us their Chief Minister Yogi Adityanath to release the Ivermectin sort out the mess our hopelessly incompetent State Premiers have created
  https://t.co/H6xUwUe8GU

Earlier in the year, The World Health Organization (WHO) has praised the work of the Uttar Pradesh government by surveillance, tracing, and testing of COVID-19 patients.

During the second wave of COVID, the CM Yogi-led Uttar Pradesh government had claimed that it was the first state to introduce a large-scale “prophylactic and therapeutic” use of Ivermectin. The state Health Department had introduced Ivermectin as a preventive measure for people who came in contact with COVID patients, health workers, and the treatment of the patients themselves.

The tweet of the Australian MP comes in context with this. In the tweet, which also had embedded a post that referred to Uttar Pradesh as the 'Champion in using Ivermectin', Craig Kelly sought Yogi Adityanath's help in releasing the medication.

Australia has had little over 31,000 total coronavirus cases of which about 589 are estimated to be active cases. 910 people have lost their lives to the pandemic.

UP’s daily tally of COVID-19 cases have been on the downswing. The state recorded a total of 100 cases and four fatalities on Saturday. Recoveries continued to outnumber new cases, with 183 people making a full recovery in the last 24 hours. The recovery rate in the state now stands at 98.6%. Keeping in mind this, the government on Sunday relaxed night curfew timings.