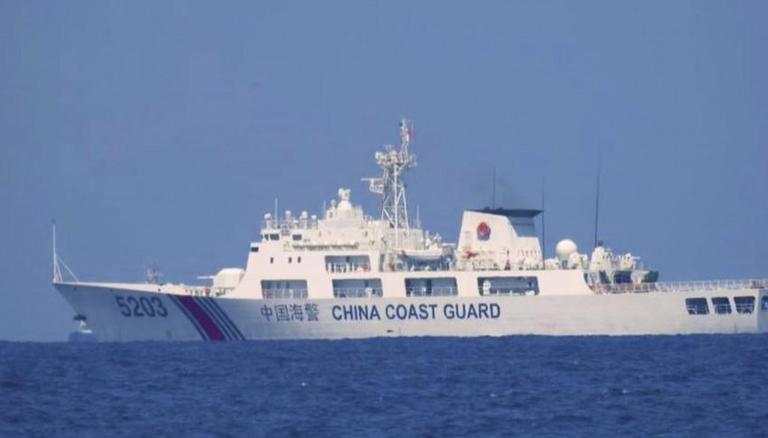 
China on Thursday, November 18, alleged that two Philippine supply ships had trespassed in the waters surrounding the disputed Nansha Islands. According to Chinese Foreign Ministry spokesman Zhao Lijian, China's Coast Guard ships intercepted two Philippine boats transporting supplies to troops on an island in the South China Sea, Sputnik reported. China claims sovereignty over extensive swaths of the South China Sea, while Brunei, Malaysia, the Philippines, Taiwan, and Vietnam have also filed competing claims for some or all of the islands.

Lijian also stated that the situation in the vicinity of Ren'ai Jiao is now quiet, with China and the Philippines continuing contact and discussion on the matter. Lijian further made the remarks in response to the Philippines' claim that Chinese Coast Guard vessels used water cannons at boats transporting supplies to Philippine military soldiers in the disputed South China Sea's Ayungin Shoal, ANI reported. The Philippine Foreign Ministry criticised the Chinese ships' activities, which it believes could jeopardise relations between Beijing and Manila.

Philippine Foreign Secretary Teodoro Locsin Jr. said no one was hurt in the incident in the disputed waters on Tuesday, but the two supply ships had to abort their mission to provide food supplies to Filipino forces occupying the Second Thomas Shoal, which lies off western Palawan province in the Philippines' internationally recognised exclusive economic zone, according to PTI.

In a tweet, Locsin stated that the three Chinese coast guard ships' activities were illegal, and he asked them to take note and back off. The Philippine government has conveyed to China their outrage, condemnation, and protest over the incident, according to Locsin, who added that the failure to exercise restraint jeopardises the special relationship between the Philippines and China that President Rodrigo Duterte and his Chinese counterpart, Xi Jinping, have worked hard to cultivate.

[5] The acts of the Chinese Coast Guard vessels are illegal. China has no law enforcement rights in and around these areas. They must take heed and back off.

The incident is the latest flare-up in a long-running territorial dispute in a crucial waterway contested by China, the Philippines, Vietnam, Malaysia, Brunei, and Taiwan. China claims nearly the whole strait and has converted seven disputed shoals into missile-protected island bases to strengthen its claims, raising tensions and alarmed rival claimants and Western countries led by the United States. Washington has no rights in the vital waterway, but it has patrolled the area with Navy ships and aircraft to reassure allies and to ensure freedom of navigation and overflight. China has frequently cautioned the United States to keep out of the disputed waters and not interfere in what it considers a regional problem. President Joe Biden and his predecessor, Donald Trump, have frequently guaranteed the Philippines that the United States will uphold its end of the Mutual Defense Treaty if Philippine forces, ships, or aircraft are attacked in the long-disputed territory.