As the China-Taiwan conflict continues to stretch, Beijing has urged the UK govt to abide by the One-China principle and stop all forms of contact with Taiwan. 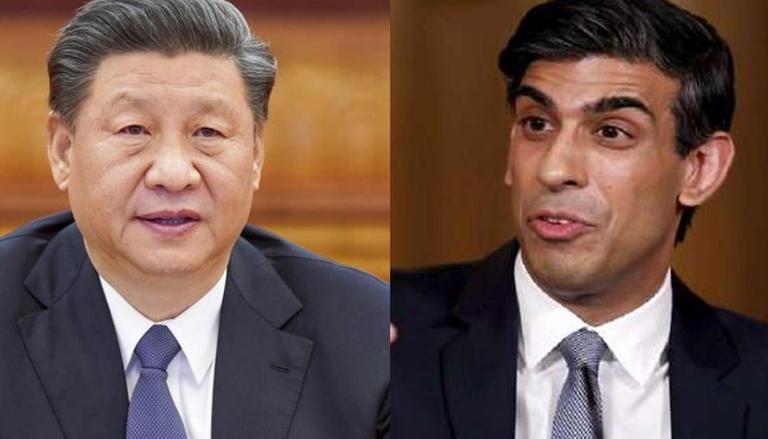 
As the conflict between China and Taiwan continues to stretch, Beijing has now urged the United Kingdom to abide by the One-China principle and stop all forms of official contact with Taipei, said the Chinese Foreign Ministry spokesman Zhao Lijian. He also confirmed that his government has asked London to stop sending false signals to pro-independence separatist forces on the island, reported Sputnik.

This development comes as the UK government confirmed that UK Minister of State for Trade Policy Greg Hands will travel to Taiwan for an official two-day visit on Monday. Notably, the trip has been scheduled to co-host the 25th annual UK-Taiwan Trade Talks in Taipei, and meet with the head of the Taiwanese administration, Tsai Ing-wen. Also, the UK Minister is expected to sign a Memorandum of Understanding with the Taiwanese government to boost collaboration on technology and innovation.

"We have repeatedly stated China's fundamental position on the Taiwan issue. There is only one China in the world, and Taiwan is an integral part of China's territory. China strongly opposes any official contact between Taiwan and countries that have diplomatic relations with China," Zhao told a briefing.

The bilateral ties between China and the UK could grow stronger only if London respected the "One-China principle,"  the spokesperson said. "We call on the British side to respect China’s sovereignty, strictly abide by the One-China principle, cease all forms of official contact with Taiwan, and stop sending false signals to pro-independence separatist forces," he said.

READ | In an apparent provocation against China, US Telecoms Regulator Commissioner visits Taiwan

Ever since US House Speaker Nancy Pelosi paid a visit to Taiwan, tensions between the US and China have escalated. Pelosi's visit was strongly condemned by China and viewed as a gesture of support for separatism. Later, Beijing also launched large-scale military exercises in the vicinity of the island. Since then, several countries, including Germany, have sent a delegation to the island nation, leading to further escalation of tensions in the Taiwan Strait. Since 1949, Taiwan has been governed independently from Mainland China. However, Beijing has been opposing any official contacts of foreign states with Taiwan and considers its sovereignty over the island indisputable.