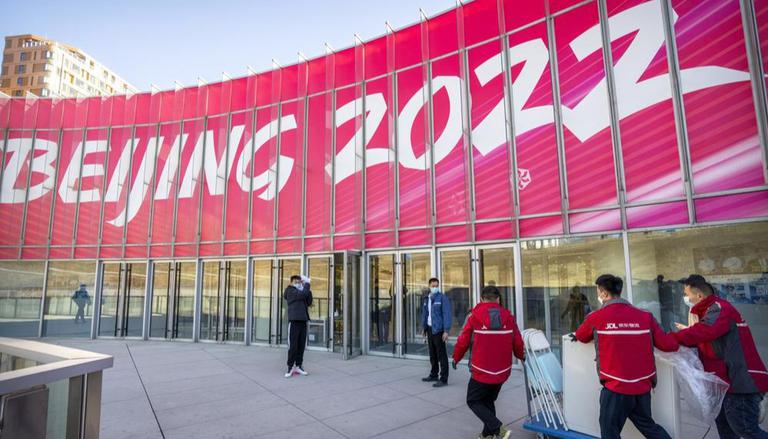 
On January 9, the Beijing Organizing Committee for the 2022 Olympic and Paralympic Winter Games denied claims that a Spanish athlete who tested positive for COVID-19 visited downtown Beijing, according to local media reports. The 2022 Winter Olympics will be held in Beijing from February 4 to February 20. China is deploying large security forces and conducting extensive security checks in the run-up to the Beijing Winter Olympics, in an effort to conduct COVID-free Olympics.

"During the Beijing 2022 Olympic and Paralympic Winter Games, all overseas athletes and other relevant personnel will be strictly isolated from the local community from their entry to departure in accordance with the relevant provisions of the Beijing 2022 Playbook. Please do not believe in or spread rumours," Xinhua news agency reported.

China had ushered in the year 2022 with the highest number of COVID-19 cases in any seven-day period since the country's first outbreak was brought under control over two years ago. Since December, the worst scenario is believed to have been found in Xi'an town. Meanwhile, China is keen on enforcing a Zero-COVID policy in order to run the Winter Olympics hassle-free next month, further aggravating problems for its local citizens.

Media agency ANI, reported citing local sources that on January 9, 30 locally transmitted COVID-19 cases were recorded in Xi'an, the capital of northwest China's Shaanxi Province. Xi'an's 13 million citizens have been confined to their homes for more than two weeks. Every two days, only one person per household is permitted to leave the house to purchase needed items. Regardless of the circumstances, no one is allowed to leave the city. According to Hong Kong Post, the procedure of obtaining clearance is very hectic and lengthy. In addition, the diplomatic boycott of games has been proclaimed by the United States, the United Kingdom, Australia, Canada, and Lithuania.