China’s plans of artificial snowfall at the 2022 Beijing Winter Olympics pose a threat to the environment and could result in environmental damage. 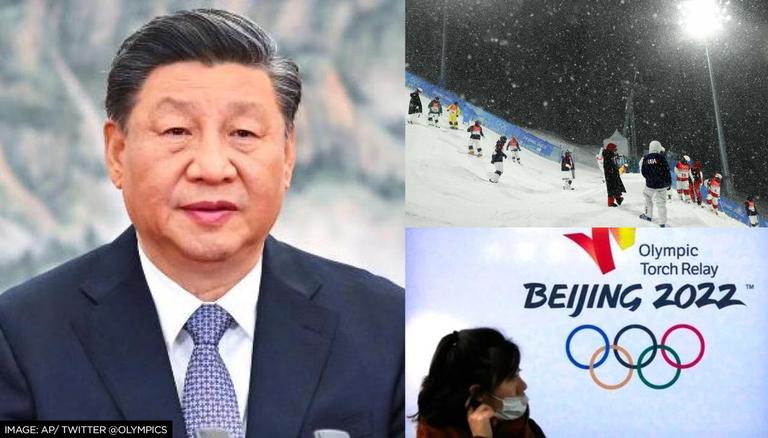 
China’s plans of artificial snowfall at the 2022 Beijing Winter Olympics pose a threat to the environment and could result in environmental damage, according to Madeleine Orr, a sports ecologist at Loughborough University. Citing Madeleine, Voice of America (VoA) reported that the future of the Winter Olympics is under threat because of climate change. Madeleine also said that putting artificial snow in a place that does not have any natural snow at all, could put a lot of water into a place where the soil is not expecting it.

Madeleine explained, “When you put artificial snow in a place that does not have any natural snow at all, like Beijing, you are putting a whole lot of water into a place where that soil and those plants are not expecting it. And previous research has shown that that can be damaging to local wildlife.”

“But we also expect that when you are creating that much snow, the energy usage is extraordinary. The amount of water is extraordinary. In this Olympics, we're expecting 49 million gallons [185 million liters] of water to be used - and that is if things go well," she added.

Further, as per the media outlet, the sports ecologist stated that if authorities have a few hot days and need to create a little bit of extra snow to make up and compensate for some met during the games, they could see the number rise about 50 million gallons (189 million litres). Madeleine warned that by 2050, fewer than half of the resorts that have hosted the Winter Olympics until now will have viable snowfall.

Meanwhile, it is to mention that the latest environmental warning comes after China’s Ministry of Ecology and Environment in January announced that it will take measures to restrict the operations of some air polluters. In northern China, meteorological conditions during this period can lead to a buildup in air pollution, said Liu Youbin, spokesperson for the Ministry of Ecology and Environment.

Moreover, the warning also comes after China, despite facing heavy criticism from environmental activists, completed construction of the upcoming Beijing Winter Olympics' venue in the midst of a nature reserve. According to CNN, the Olympic ski venue was built despite Beijing's commitment to making the multi-sports event greenest and cleanest in history. The media outlet claimed that the venue was built in the middle of a natural reservoir that played a vital role in the living beings there for decades.