China & Taiwan To Be Hit By Category 4 Typhoon Chanthu On September 12, Warn Geologists

The cyclone is expected to attain maximum wind speed of up to 233kmph before reaching parts of Taiwan and the Chinese southern coast. 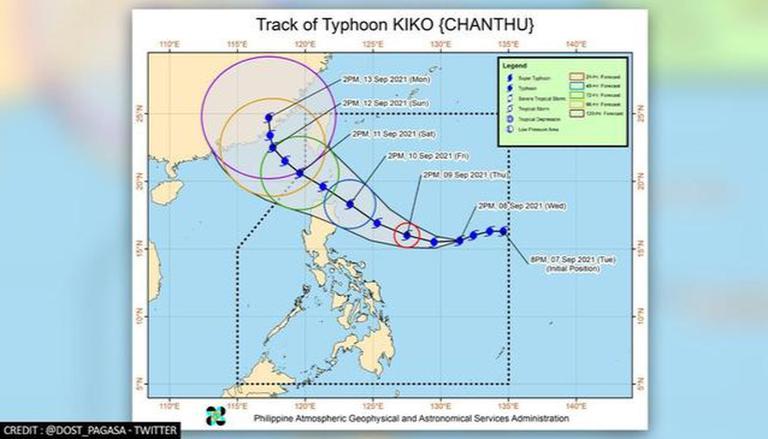 
The eastern-Asian region has been warned of heavy downpours as Geologists said that Typhoon Chanthu that is racing to hit China and Taiwan, is expected to make landfall around September 11-12. A report by Taiwan News said that the cyclone which was initially thought to be a tropical depression has evolved into a category four typhoon in the last 36 hours. The hazardous cyclone is expected to achieve maximum wind speed of up to 233kmph before reaching parts of Taiwan and the Chinese southern coast.

Cheng Ming-dean, Director-General of the Central Weather Bureau (CWB) warned people via his Facebook page that Chanthu's growth in strength is even more 'amazing' as compared to hurricane Ida, which caused considerable damage in the United States in late August.

The aforementioned report suggested that the typhoon will hit Taiwan first for which CWB will be issuing a public warning around September 9-10 prior to the landfall. Calling the typhoon a 'beast', meteorologist Tom Sater predicted it to turn into a super typhoon as its hot vertices around the centre has a well-defined eye, as per a Taiwan News report.

However, sources couldn't confirm the trajectory of the hurricane as it is unclear whether it will hit the Chinese coast first or just pass over Taiwan. According to a CNN report, Chanthu is just one of the two hurricanes racing through the south-east Asian region, as 'Conson' the severe tropical storm made landfall over the Philippines on September 7.

Following the destruction caused by Hurricane Ida that hit Lousiana on August 29, US President Joe Biden has called US citizens to take a step against climate change. In his latest speech on September 7, Biden blamed climate change for the hurricane and declared it as everybody's crisis, reported AP. Biden also reviewed the areas of New Jersey and Queens that suffered the most damage. As of now, the death tolls following Ida's departure has risen to over 60 with massive loss of property. Media reports suggested that the category four hurricane stormed through at a speed of 240kmph.