Instead of making credible data available to the globe, China has demanded that the Wuhan Institute of Virology be bestowed with a Nobel Prize in medicine 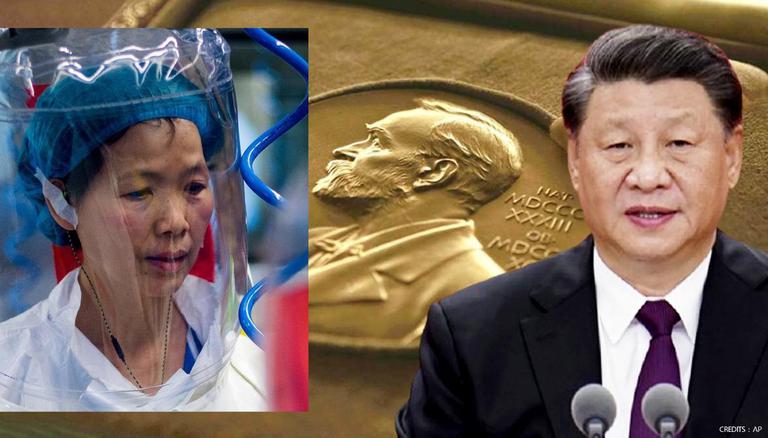 
At a time when there is a growing clamour seeking a second probe into the Wuhan Institute of Virology (WIV) as new evidence surrounding the origins of COVID-19 continue to emerge, China rather than inviting an investigation to put all doubts to rest has made a rather bold demand to the world. Instead of making credible data available to the globe, China has demanded that the Wuhan Institute of Virology be bestowed with a Nobel Prize for the team's research on COVID-19, which has now claimed nearly 4 million lives around the globe.

This atrocious demand by China's Foreign Ministry comes right after Xi Jinping's administration announced that the WIV lab, which is now widely considered to be the epicentre of SARS-CoV-2 origin, would be conferred with the Chinese Academy of Sciences' Outstanding Science and Technology Achievement Prize this year due to their work on COVID-19.

Last Thursday, Chinese Foreign Ministry's spokesman Zhao Lijian lashed out at global scientists for 'assuming' that the virus had originated in Wuhan because it was found there, and outrightly dismissed the lab-leak theory. "The genome sequence of COVID-19 was first identified by Chinese scientists, but that does not mean Wuhan is the source of the coronavirus, nor can it be inferred that the coronavirus was made by Chinese scientists," Zhao said.

READ | COVID-19 may have started spreading in China as early as October 2019, study suggests

Clamour for probe into COVID-19 origins

Calling for shunting out the criticism and rather honouring the efforts of the team at WIV, the Chinese spokesman said, "The team in Wuhan should be awarded the Nobel Prize in medicine for their research on COVID-19, instead of being criticized."

It is to be noted that the recent emergence of reports suggesting WIV's role in the outbreak of COVID-19 has led to mounting pressure on China to come clean on the matter. US President Joe Biden has sought a US intel report on COVID origins within 90 days, while the matter was also discussed at the recent G-7 summit in the United Kingdom. Recently, the United States Secretary of State Antony Blinken urged cooperation and transparency over the origins of COVID-19 while having a conversation with his Chinese counterpart Yang Jiechi.

A joint statement  by US President Joe Biden and British Prime Minister Boris Johnson read, "We will also support a timely, transparent and evidence-based independent process for the next phase of the WHO-convened COVID-19 origins study, including in China, and for investigating outbreaks of unknown origin in the future."

Meanwhile, China has nominated the Wuhan Institute of Virology for its top science award- the Chinese Academy of Sciences' 2021 under the category- Outstanding Science and Technology Achievement Prize. The nomination, as per sources, is for its 'work' during the COVID-19 pandemic.

A description posted by the Chinese Academy of Sciences said, 'The research group collectively has completed the most comprehensive and systematic identification research on the aetiology of COVID-19, and the results of the project have laid an important foundation and technology platform for the follow-up research on the origin, epidemiology and pathogenic mechanism of the COVID-19 virus, as well as the research and development of drugs and vaccines.' It further added,'' It provided key scientific and technological support for epidemic prevention and control.'

Not to forget to mention, the country's 'bat woman' scientist, Shi Zhengli, who leads research into the animal at the lab, also received a special mention from the committee.

WE RECOMMEND
China admits being scared of Apple Daily's influence; founder Jimmy Lai & co still in jail
China warns US over 'Taiwan independence', calls it 'dead-end road'
Rap in China turns '100% patriotic' ahead of ruling Communist Party's centenary: Report
Tesla 'recalls' over 285,000 vehicles in China over issues with its cruise control systems
Blinken assures 'more impact if' US and its allies 'approach China together'