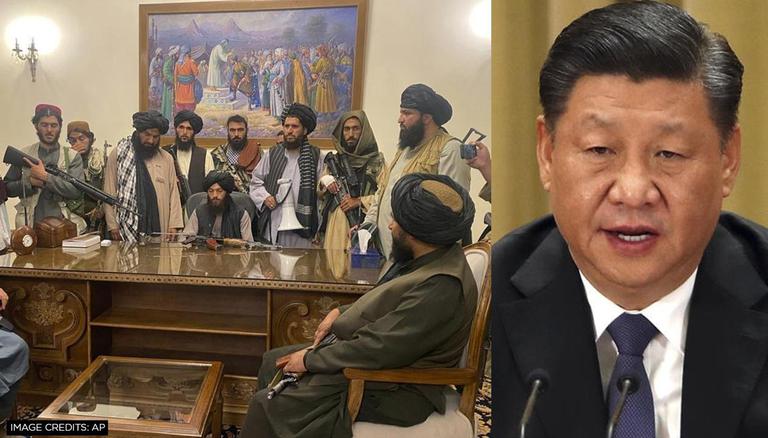 
As international powers rush to evacuate its citizens from Afghanistan, China Foreign Affairs Spokesperson Hua Chunying on Monday said that China 'respects Afghan's people's rights'. Hoping that Taliban will indulge in negotiation and establish an inclusive Islamic government, China urged the terror group to ensure the safety of Afghan citizens and foreign missions. China and Russia's embassies are still functional in Kabul.

"China hopes that the Taliban will implement its previous vows to establish through negotiation an open and inclusive Islamic government and act responsibly to ensure the safety of Afghan citizens and foreign missions in Afghanistan. Chinese Embassy in Afghanistan is working as usual. Most Chinese nationals had been arranged to return to China previously and some chose to stay. The embassy is in touch with those who stay and they are safe," said Chinese FM spokesperson Hua Chunying.

#China hopes that the #Taliban will implement its previous vows to establish through negotiation an open and inclusive Islamic government and act responsibly to ensure the safety of Afghan citizens and foreign missions in Afghanistan: Chinese FM https://t.co/Wuy6XMJiMX

Panic and chaod reigned at Kabul airport as housands of people attempted to flee from Afghanistan at the earliest. As per visuals, many civilians were injured on the tarmac as they rushed to get on the plane. Also, the airport staff were missing from the check-in counters and security checks. Many countries like UK, Germany, Canada and India are preparing for safe evacuation of its nationals from the war-torn nation.

Later, several people were killed at Hamid Karzai International airport in Kabul after US troops opened fire, reports local news agency Tolo News. According to reports, the Afghan airspace has been shut amid firing, with all commercial flights being suspended. While Taliban has taken over Kabul, 6000-strong US military is currently taken control of the airport's perimeter overseeing evacuation. Ex-Afghanistan President Ashraf Ghani has already fled to Tajikistan along with several ministers while ex-Presidents Abdullah Abdullah and Hamid Karzai are left to handle a 'smooth transition'.

As US troops retreat after 20 years from war-torn Afghanistan, Taliban has launched an offensive taking over cities like Kandahar, Herat and Lashkar Gah, gradually encircling the government in the capital, Kabul. While Kandahar and Herat fell on Thursday forcing government officials and their entourage to flee to the airport to escape the city by air, Mazar-e-Sharif fell on Friday, while Jalalabad and Lashkar Gah on Saturday, strengthening the Taliban's stronghold. Finally on Sunday, as US troops evacuated all their diplomats, fleeing via helicopters. Ashraf Ghani stepped down as President after the Taliban entered the outskirts of Kabul, urging the govt to do a 'peaceful transition' to the terror group.

Meanwhile, US and 60 other countries said that it was working on the safe departure of foreign nationals and Afghans from the war-torn nation, reminding the Taliban of its responsibility for protecting human lives. Urging the Taliban to keep its roads, airports and border-crossing open, the nations assured Afghanis of assistance.  The Taliban has now occupied the Afghan Presidential palace in Kabul, taking over the Afghan military as well.