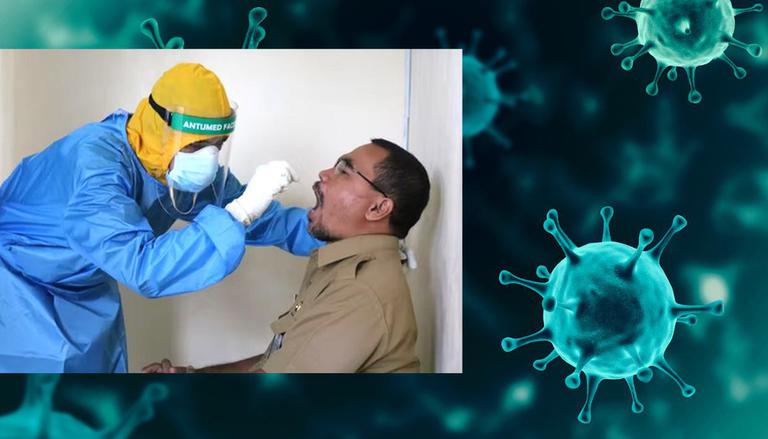 
With two months left for the much-awaited Beijing Winter Olympics, China has reported a fresh outbreak of COVID-19 Delta variant sub-lineage AY.4. The first set of cases was reported in 138 individuals, the virus having transmitted locally among residents of Zhejiang province, Xinhua News reported. The sudden flare-up has prompted officials to close state borders, preventing millions of people in the eastern Chinese province from travelling.

According to reports, the confirmed cases were suspected to be carrying the virus between December 5 to 12. While most of them displayed vivid symptoms, one among the 138 was asymptomatic, Xinhua reported. The infections were confirmed after the mainland sent positive COVID samples for whole-genome sequencing. Following the confirmation of cases, local authorities have closed down inter-provincial borders and announced an array of measures like- restrictions on public gatherings, to curb the spread of the virus, PTI reported.

As per information from the disease control and prevention center in the provincial capital of  Hangzhou, cited by Xinhua, the sub-lineage AY.4 is 'more transmissable' and carries a higher viral load than the novel Coronavirus. As of Sunday, apart from the 138 cases in Zhejiang, 44 cases were reported in Ningbo, 77 in Shaoxing and 17 in Hangzhou, Chinese CDC informed. On the other hand, National Health Commission (NHC), on Monday, confirmed the province reported 74 cases on Sunday alone, leaving ambiguity in the total number of cases. Additionally, fresh infections were also registered from inner Mongolia (5) and Shaanxi (1).

Meanwhile, with China holding the Olympics in 2022 the latest outbreak comes as a major setback, with authorities mulling over potential steps. Although, the Chinese authorities are willing to do everything possible to keep the infection count at zero, COVID “cases have been detected over the past week in the country's largest cities, from Beijing and Shanghai to Guangzhou,” inspite of tight regulations. Hong Kong Post reported, citing CNN. It is to be noted that China has effectively banned international travel observing sporadic spurt of cases, drawing much criticism of its zero-COVID case policy. Since the inception of the novel Coronavirus outbreak in Wuhan, the mainland has reported 99,789 cases till Sunday with 4,636 fatalities.