The 435km line is Tibet's 'first electrified railway line' and is a major chunk of China's second rail link with Tibet-- 'The Lhasa-Nyingchi railway stretch.' 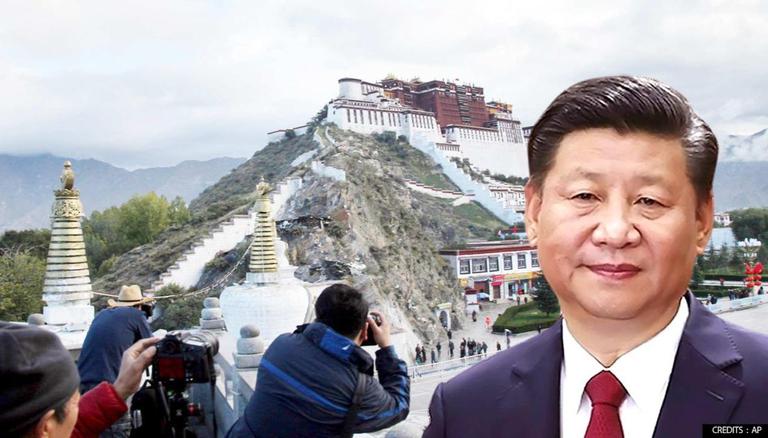 
China will 'gift' Tibet a 435km railway line touted to be the region's 'fastest' line on the Chinese Communist Party's 100th birthday this month. According to a report in The Economist, the 37-billion yuan ($5.7bn) track extends from Tibet's capital Lhasa to the city of Nyingchi and is slated to begin operations from June 30.

The 435km line is Tibet's 'first electrified railway line' and is a major chunk of China's second rail link with Tibet-- 'The Lhasa-Nyingchi railway stretch.'  As part of China's 'project of the century,' the entire Lhasa-Nyingchi railway stretch is expected to be completed in 2030 and will connect Lhasa with Sichuan's capital Chengdu. The line will be operated at a maximum speed of 160kmph with the entire stretch being covered in just 12 hours as compared to the 36 hour journey that needed to be made via road.

Notably, China's latest 1 trillion yuan 'development push' to accelerate infrastructure investment in Tibet will bolster its frontier security near the Tibet border amid the LAC standoff with India. Chinese President Xi Jinping has said that the construction of the rail line would play a ‘key role in safeguarding the stability in the border areas of the nation.' The track will connect southwest Sichuan province to Linzhi in Tibet, which falls near the Arunachal Pradesh border.

Meanwhile, as China continues to make massive inroads into Tibet via large-scale construction projects, the Central Tibetan Administration has raised concerns over China’s systematic destruction of the environment. During the three-day virtual event on the '17-point Agreement & 70 Years of Oppression in Tibet' organized by the Tibet Bureau Geneva on May 22, the panel highlighted the oppression that Tibetans were facing related to human rights and the environment.

As per news agency  ANI, Tibet had stated that "the last 70 years under the Chinese Communist Party (CCP) had been nothing but of oppression and destruction". The official from the bureau revealed that while Tibet as a region continues to be a 'developmental priority' for the Chinese government, those projects have neither "liberated" nor brought "prosperity" to the Tibetans.