Uganda is likely to lose its Entebbe International Airport to the Communist country over its failure to pay back a loan that was intended for its development. 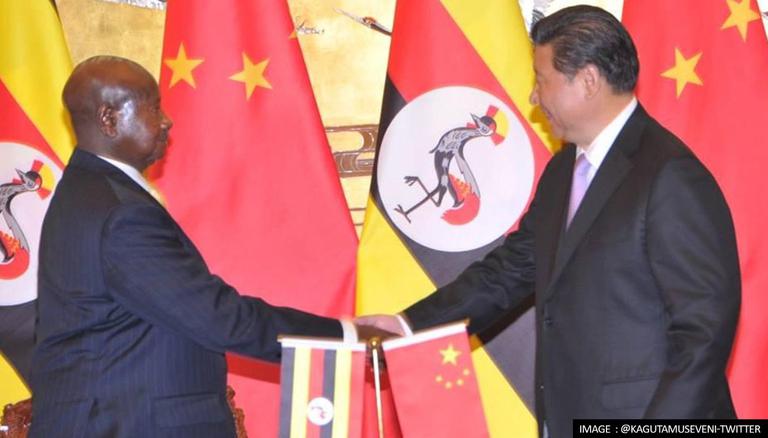 
Another nation has fallen prey to what is popularly called China's 'debt trap' strategy. Uganda is likely to lose its Entebbe International Airport to the Communist country over its failure to pay back a loan that was ironically intended for its development.

China’s Export-Import (EXIM) Bank lent Uganda $207 million at 2% upon disbursement in 2015 for the expansion of Entebbe airport. The loan came with a maturity period of 20 years including a seven-year grace period. However, as per African media reports, for securing the loan, the Ugandan government waived off the clause for international immunity, attaching its only international airport. This means that China, without any international arbitration, can take over the possession of Entebbe International Airport.

Foreseeing the possible crisis, a delegation of Ugandan officials had been deployed to China earlier in March 2021 in an attempt to renegotiate the clauses of the loan agreement. However, the deal fell through, and the country was unsuccessful since China refused to alter the original terms of the deal. Entebbe International Airport is not only Uganda’s most successful airport handling over 1.9 million passengers but is also the only international airport.

Meanwhile, Uganda Civil Aviation Authority Spokesman Vianney M. Luggya has categorically stated that the country was not giving away its airport to China for 'cash'. "The Uganda Government can't give away such a national asset. We have said it before and repeat that it has not happened. There isn't an ounce of truth in it," said the spokesman on Twitter adding that the loan provides a grace period of 7 years, and the country was well within it.

It is true that @UgandaCAA opened up a Sales Collection Account in @stanbicug where all the Authority's revenues are deposited in line with the Escrow Account Agreement terms, but it does not mean that anyone is to control our finances.

The Authority enjoys the freedom & liberty of spending what is collected (as per the budget). The lender's monitoring of the account is only similar to what happens when one gets a salary loan or any other loan, & the bank requests that the salary is channeled through their bank

It does not mean that lending bank takes over your salary.

The loan terms provide a grace period of 7 years, and we are still within that grace period during which only interest is paid, and government has not defaulted on those obligations.

The Chinese Embassy in Uganda has also refuted reports of a takeover claiming that the 'hype' surrounding the Chinese ‘debt trap’ in Africa had 'no factual basis'. Interestingly, a similar situation was witnessed when Sri Lanka was forced to sign off Hambantota port to Beijing on a 99-year lease because it could not repay the Chinese loans that it had taken to build the port.

“Why is money offered by Western countries to developing nations considered ‘assistance for development, while the money offered by China is labelled as ‘debt trap’? This view is not logical or correct!”, said Wu Jianghao, Assistant Minister of Foreign Affairs, China.

“Which of the Chinese projects in Africa have been confiscated in Africa? NONE! The hype surrounding Chinese ‘debt trap’ in Africa have NO factual basis and is being pushed on malicious grounds”, said @WuPeng_MFAChina, Director-General, Department of African Affairs, MoFA, China pic.twitter.com/Frqvme1frg