On Thursday, China’s Ambassador to the UN, Zhang Jun, said that the international community should call on the US to stop dragging Taiwan into a war. 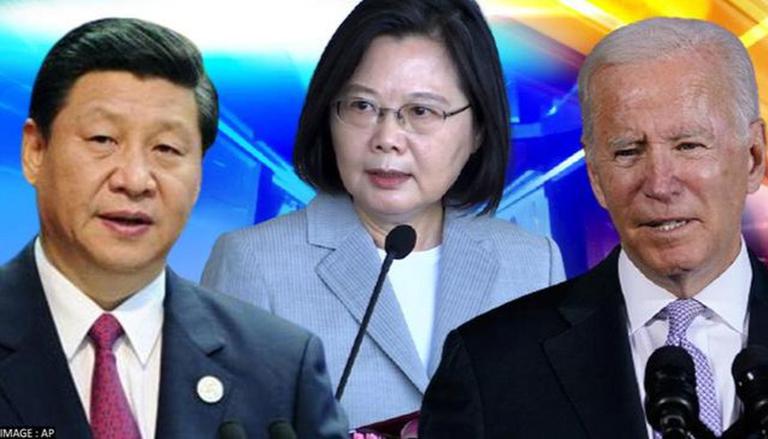 
Amid rising tensions between Beijing and Washington, China’s Ambassador to the UN, Zhang Jun, said that the international community should call on the US to stop dragging Taiwan into a war. Earlier this month, the Wall Street Journal had reported that the US marines and special operations forces have been secretly training Taiwanese soldiers on the island in a bid to defend against possible Chinese aggression. China, on the other hand, has been sending military aircrafts close to Taiwan, while US and other allied forces conducted drills in the South China Sea.

Now, while speaking at a press briefing on Thursday, 21 October, Zhang said, “Some countries, the US, in particular, is taking dangerous actions, leading the situation in Taiwan Strait into a dangerous direction.”

He added, “At this moment, what we should call is that the United States stops such practice. Dragging Taiwan into a war, definitely, is in nobody's interest."

Zhang’s remarks come the same day US President Joe Biden, while speaking at a press meet at CNN town hall, vowed to protect Taiwan against Chinese incursion. Biden stated that the US has a “commitment” to protect Taiwan against any potential threat from the latter’s neighbour. However, it is to be noted that a White House spokesperson later clarified that Biden’s comments do not indicate any change in the policies under the Taiwan Relations Act and asserted that the latter's comments came following the 'unintentional escalation' of aggression by Beijing.

Meanwhile, China had previously asked America to not only recognise the “sensitivity” of the China-Taiwan issue but also warned Washington to “abide by the one-China principle”. China recently again urged the US to handle Taiwan-related issues carefully and properly and not to send wrong signals to 'Taiwan independence' separatist forces. China's Foreign Ministry spokesperson Wang Wenbin said, "China has no room for compromise on issues involving its core interests. US should act and speak cautiously on the Taiwan issue.”

READ | China refutes EU report on ties with Taiwan, asks to stop its 'words and deeds'

Tensions between China and Taiwan have gained momentum since October 1 after the former flew over 100 fighter jets into Taiwan's Air Defence zone. This was followed by the latter's dependence on the US for military support. Meanwhile, self-ruled Taiwan President Tsai Ing-wen has repeatedly expressed willingness to remain independent against the Chinese goal of 'reunification.' On the other hand, US and China have remained geopolitical rivals for decades and relations between them have further frayed due to Beijing's aggressive claims of sovereignty along the South China Sea fuelled by Chinese engagement in testing high-tech projectiles.

READ | China vows no concessions on Taiwan after Biden comments