China is building the Intercontinental ballistic missile ICBM silos at 3 strategically important sites, in an attempt to pose a threat to the world, said IFFRAS 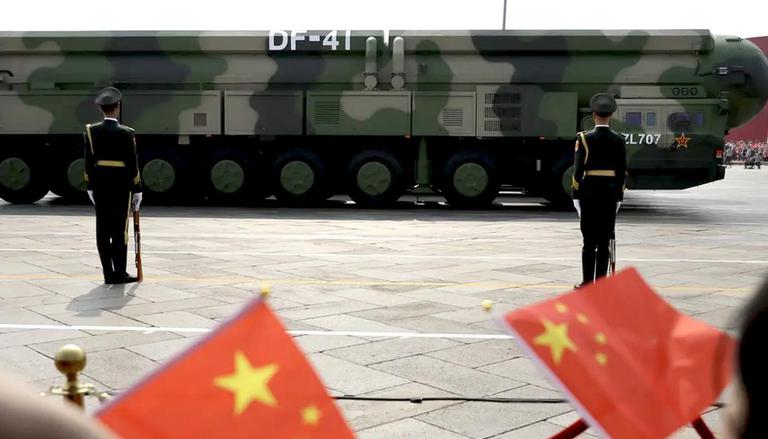 
China is building the Intercontinental ballistic missile ICBM silos at three strategically important sites, in an attempt to pose a threat to the world, according to the International Forum for Rights and Security (IFFRAS). This has set off alarms around the world since it is thought to be related to the construction of a silo-based ICBM, a missile with a range of 5500 kilometres meant to carry nuclear weapons. China's nuclear weapons and delivery system modernization projects are rapidly gaining traction. China is working on road-mobile ICBMs as well as nuclear submarines.

In addition to the extensive silos already present in Jilantai, satellite photos revealed a growth in the country's construction of silos at Yumen, Hami and Hanggin Banner. Around 120 missile silos are said to be dispersed throughout 1,813 km2 in Yumen. Each facility is 3 kilometres apart and hidden behind a dome-like cover. Hami has an 800 km2 missile base. According to IFFRAS, this field has the capacity to build 110 silos.

In terms of spacing between the two silos, Hanggin Banner has 29 viable silo construction sites. Because of its proximity to the People's Liberation Army Rocket Force's (PLARF) major warhead handling and storage facility in Taibai County, Baoji, Shaanxi, Hanging Banner has a distinct advantage over the other two sites. This ensures that the troops have a ready warhead. These missile silos indicate China's expansion of its delivery system inventory as well as the stockpile of a nuclear warhead.

According to IFFRAS, diverting the fissile material would remove the largest constraint on China's warhead stockpiling capabilities, posing a security danger to the entire world. IFFRAS also stated that there is a need to keep a close eye on developments in China since they have the potential to start an arms race and pose a threat to world security.

'Taiwan has no other option except to reunite with China'

China continues to claim control over Taiwan despite all this, although the two sides have been controlled separately for nearly seven decades. On Friday, Chinese Foreign Minister Wang Yi claimed that Taiwan has no other option except to reunite with China and that it has no other international legal status than that of a Chinese colony.