Empty streets, deserted shopping centers, and residents staying away from one another are the new normal in Beijing as China has been hit significant outbreak. 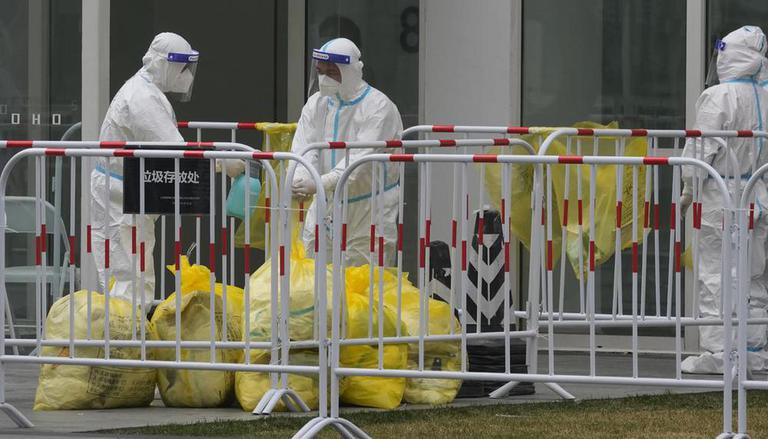 
The new normal in Bejing has taken another level as one would witness empty streets, deserted shopping centers, and residents staying away from one another but not because the city has followed the “zero-Covid” lockdown, rather, Beijing has been hit with a massive outbreak of Covid cases, reported CNN. This is the first time the Chinese capital has witnessed something like this since the beginning of the pandemic however a week after leaders eased the country’s restrictive Covid policy.

The impact of the outbreak in Beijing has been witnessed in the Sanlitun district, a shopping street, on Tuesday, where the shops and restaurants that were usually bustling are now being seen without customers and have been offering takeout only. Such scenes can be seen across China where shops have reported being understaffed or have shifted the working arrangements as employees fall ill with the virus. Meanwhile, many preferred to stay at home to avoid being infected, reported CNN.

As the cases in China increase, the situation has gone out of hand for the Chinese government. Already, the Chinese authorities were dealing with protests against the Zero-Covid lockdown policy and after the authorities have eased the rules, the country deals with a new problem of empty streets and deserted shopping centers.

While talking to CNN, one of the community workers said, "21 of the 24 workers in her Beijing neighborhood committee office, tasked with coordinating residential matters and activities, had fallen ill in recent days."

Further the employee, Sylvia Sun said that there is not much work being given to them because their superiors were the ones who have been affected the most. Earlier this month, China's Covid cases have been tracked closely and now there has been no clear data on the extent of the virus’ spread. China’s new Covid rules have scrapped the testing requirements which were once dominated daily life. During that period, residents have shifted to using antigen tests at home which has left official numbers unreliable. During a media briefing, WHO Chief Tedros Adhanom Ghebreyesus called on China on December 14 to share the requested data concerning Covid-19 in a bid to understand the origins of the virus.