The United States military has accused a Chinese fighter jet of performing unsafe manoeuvres near a US reconnaissance plane in the South China Sea. 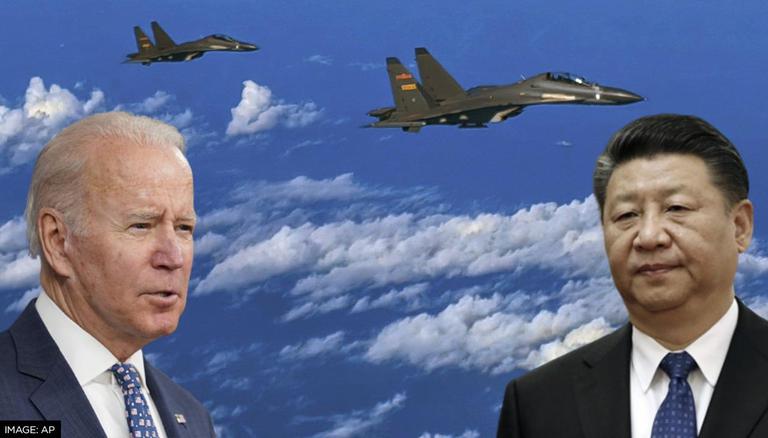 
The United States military has accused a Chinese fighter jet of performing unsafe manoeuvres near a US reconnaissance plane in the South China Sea, forcing the American aircraft to take evasive action to avoid a collision, as per a report from South China Morning Post. The incident, which took place on December 21 but was only made public on Thursday, is expected to heighten military tensions between the two countries in the region. According to a statement from the US Indo-Pacific Command, a Chinese fighter jet pilot manoeuvred within three metres of a US RC-135 Rivet Joint reconnaissance plane’s wing and then flew in front of and within 20 feet of the nose of the plane, forcing it to take evasive action.

The statement said: “We expect all countries in the Indo-Pacific region to use international airspace safely and in accordance with international law." Footage of the incident from a US military video distribution hub appears to show the Chinese fighter flying parallel to the American aircraft. China claims sovereignty over most of the South China Sea, while the United States does not make any claims on the waters but performs “freedom of navigation” operations in the area.

The South China Sea has been the subject of significant tensions in recent years, with China significantly strengthening its control over the region in the past two decades despite an international court ruling against it and multiple overlapping territorial claims by other countries including Brunei, Malaysia, the Philippines, and Vietnam. In response, the US military has increased its operations in the South China Sea, according to the Chinese think tank the South China Sea Strategic Situation Probing Initiative (SCSPI), which monitors activities in the disputed region. A report released this week by SCSPI showed that the US sent 589 large warplanes to the area from January to November for close-in intelligence gathering.

US Defence Secretary Lloyd Austin has described recent increases in interactions between Chinese and US aircraft and naval vessels in the region as “alarming". China, on the other hand, has blamed the US for stoking tensions by deploying military jets and vessels in the disputed waters. Last month, the US and Chinese militaries exchanged words after the American guided-missile cruiser USS Chancellorsville conducted freedom of navigation operations in the South China Sea. The Chinese military accused the vessel of illegally entering waters near the Spratly Islands and said that the US was the “real trigger of security risks in the South China Sea.” The US Navy 7th Fleet countered by saying the cruiser conducted the operation “in accordance with international law” and then continued on to conduct normal operations in waters where high seas freedoms apply.