AUKUS is a trilateral security partnership between United States, United Kingdom, and Australia that has been formed with a vision for a safer & more security. 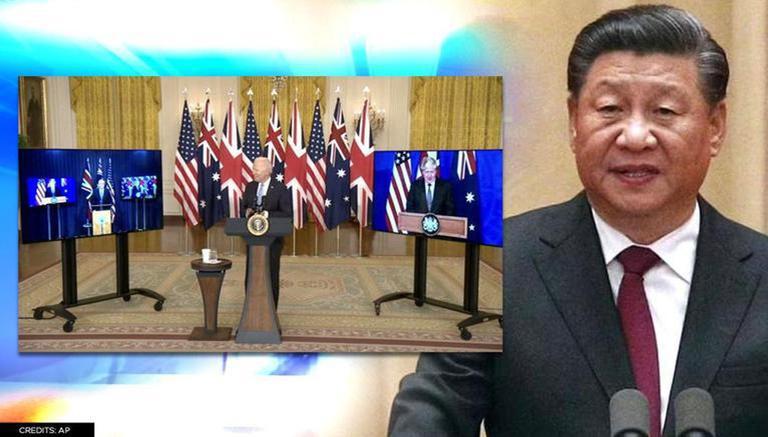 Earlier in the day, the Chinese Embassy in Washington said that the nations need to "shake off their cold war mentality and ideological prejudice" and focus more on solidarity and cooperation. Chinese spokesperson Liu Pengyu reportedly said that they should not build exclusionary blocs targeting and harming the interest of third parties and instead focus on things that are related to solidarity, cooperation, and regional stability.

It's being assumed that the United States through AUKUS, as well as QUAD, is trying to impose pressure on China in the Indo-Pacific region, for besides announcing AUKUS, the Joe Biden administration has also called a meeting of the QUAD member states- US, Australia, Japan, and India in the White House on September 25.

The AUKUS is a trilateral security partnership between United States, United Kingdom, and Australia that has been formed with a vision for a safer and more secure Indo-Pacific. In addition, the AUKUS also aims to counter China's growing aggression in the Indo-Pacific region. The new trilateral security partnership was announced in a virtual meeting between US President Joe Biden, UK Prime Minister Boris Johnson, and Australian Prime Minister Scott Morrison to deepen diplomatic, security, and defense cooperation in the Indo-Pacific region. As a part of the pact, the three countries will share information in key technological areas, including artificial intelligence, cybersecurity, and nuclear submarines.

As is known that underwater warfare capabilities have been Beijing's strength, the submarine is being developed as the first project so as to allow Australia to conduct longer patrols, giving the new alliance a stronger presence in the region.