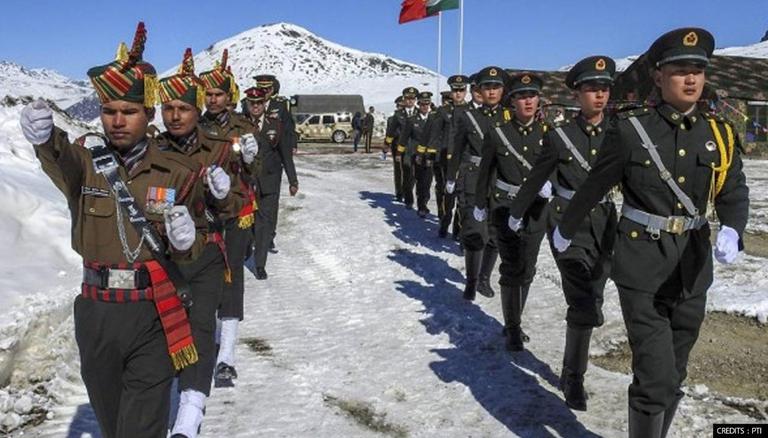 
The People's Liberation Army has rotated 90 percent of its manpower and brought in fresh soldiers from the hinterland following which, it seems that Chinese troops deployed opposite the Eastern Ladakh sector have been badly affected by the extremely cold conditions in the area. Since May last year, China has deployed over 50,000 troops close to the Indian territory in eastern Ladakh.

Sources were quoted by ANI saying, "The Chinese have brought in fresh troops from the hinterland to replace the troops who had been there for the last one year. Around 90 percent of their troops have been rotated."

The reason for this rotation may be that the Chinese troops deployed in the extreme conditions in the high latitude areas have been severely affected by the extreme conditions faced in high latitude, extreme cold, and other related issues. Even during the deployment in friction points in the Pangong lake area, Chinese troops were getting rotated on an almost daily basis at high altitude posts and their movement had become very restricted, the sources said. The Indian forces are physiologically acclimatized to high altitudes and mountain warfare and can tackle adverse weather conditions and rough terrain.

As per an ANI report, India and China have been deployed against each other in a big way in eastern Ladakh and other areas along the Line of Actual Control since the April-May timeframe last year and have indulged in several face-offs caused by the Chinese aggression there.

India's relations with China had hit an all-time low when the Chinese PLA had a violent face-off with the Indian Army in the Galwan valley in Ladakh region which is close to the LAC, leading to the martyrdom of 20 Indian Army jawans including a commanding rank officer. Although an official number has not been released by China, ANI citing sources from international intelligence had stated that more than 40 casualties were reported in the Chinese army. The two nations have now resorted to disengagement along the LAC and have held 11 rounds of Corps commander-level military talks.