According to the reports, the walls of ancient architecture collapsed along a 25-meter section, despite taking several steps by the Chinese government. 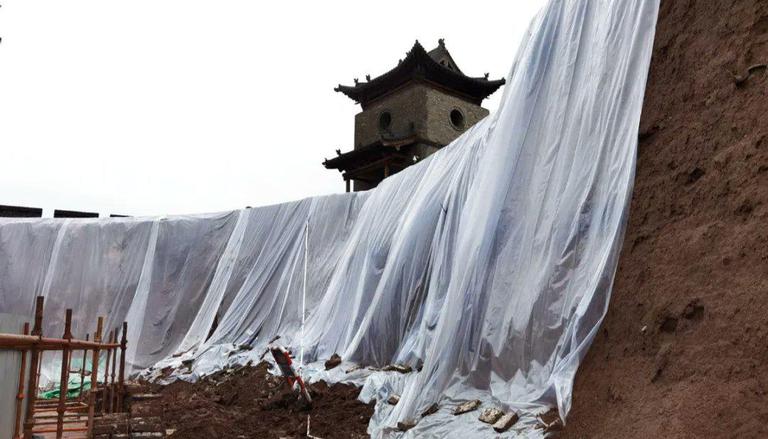 Notably, Ping Yao is an exceptionally well-preserved example of a traditional Han Chinese city, founded in the 14th century. The media reports said that the continuous rain also scattered other ancient places in Shanxi. According to the scholars specializing in architectural protection, they have not witnessed such a heavy downpour in the past four-five decades.

As heavy rain moves towards other treasures of ancient Chinese architecture, architectural protection scholars are now urging the administration to take swift action to safeguard the other structures. Meanwhile, the reports in Global Times claimed the city wall and a building used as an exhibition hall suffered water leakage, resulting in collapse. However, it maintained that the other buildings are in good condition.

READ | China: Floods in Shanxi province force over 120,000 people to flee their homes

Citing the reports of Global Times, Sputnik said that an official at the Pingyao culture and tourism authority assured that the management had enhanced protection of other buildings in the city. They were using waterproof materials to save the ancient structures. The report also maintained that the risk of further breakage or collapse is relatively low as the rain has stopped and also the Central government stepped in to safeguard the buildings.

According to the reports of the Associated Press, 15 people have died in floods that have caused a direct economic loss of more than 5 billion yuan ($770 million) in Shanxi province. More than 120,000 people had been evacuated in the province as thousands of houses collapsed and 1,90,000 hectares (470,000 acres) of crops were damaged. Earlier today, 14 people died after a bus plunged into a rushing river during heavy flooding that has caused 15 other fatalities in the north. Official news website, The Paper said the bus driver ignored warnings not to attempt to cross the bridge that was almost covered by the surging floodwaters.