Amid a wave of global concern, IOC President Thomas Bach held a video phone call with Chinese tennis star Peng Shuai and said that she was safe and well. 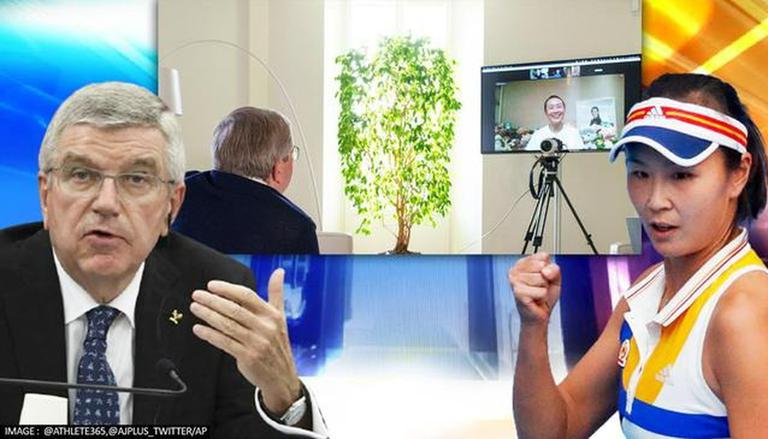 
Amid a wave of global concern, International Olympic Committee (IOC) President Thomas Bach held a video phone call with Chinese tennis star Peng Shuai and said that she was safe and well. The two were accompanied on the call by a Chinese sports official, Li Lingwei, as well as the Chair of the Athletes’ Commission, Emma Terho. According to the IOC statement, during the 30-minute call, Peng thanked the committee for its concern about her well-being and insisted that she is "safe and well, living at her home in Beijing, but would like to have her privacy respected at this time”.

“I was relieved to see that Peng Shuai was doing fine, which was our main concern. She appeared to be relaxed. I offered her our support and to stay in touch at any time of her convenience, which she obviously appreciated,” said Emma Terho.

Peng Shuai, who is one of China's most recognizable sports stars, had disappeared from the public eye for almost three weeks after she publicly accused former Vice Premier Zhang Gaoli of coercing her into sex at his home. Her absence sparked widespread concern, with international sports stars and governments calling on China to provide proof that she was safe. Separately, the Women’s Tennis Association (WTA) and the United Nations called for an investigation into her allegations of sexual assault.

Previously, the outcry over Peng’s disappearance from the public eye had prompted Chinese state media to release a series of photographs and videos that appeared to show all is well. Hu Xijin, Editor-in-chief of state-run media Global Times, released two video clips, which showed Peng Shuai having dinner with a group of people. However, the clips sparked further suspicion over why state media accounts were attempting to establish her whereabouts.

Netizens interposed that the need to prove that she was okay, was in fact, proving the opposite. Some even raised questions on the location of the restaurant where the clips were shot. Netizens alleged that the resultant was government-owned and just minutes away from the ruling party CPC's headquarters.

‘All this is fabricated & appear very fishy’

Adding to the speculations, following the IOC President’s video call, netizens yet again said that the virtual interaction doesn’t mean that Peng and her family is safe. Some even said that no one can ever trust the Chinese Communist Party, adding that all this is “fabricated”.

Yes it proves she is alive and can smile. But where is Peng Shuai on Chinese social media? How is the investigation of her allegation of sexual harassment by high ranking official going?

Did he ask her about what led to her being scrubbed from Chinese social media? This lady is being arbitrarily detained and is forbidden from deviating from the script she’s been given about her whereabouts. The chance of her ever leaving China again is NIL.

It doesn’t mean that she and her family is safe. Any guns or scripts behind the camera? Can you verify it is Peng and it is not anyone looks like her? Why doesn’t she speaks to WTA? Because you have mutual and same benefits. Can you release the beginning or ending of video?

This is all BS. The IOC is acting like it is the Chinese Olympic Committee. No video released + with the present level of tech like deepfake, we can never trust the CCP at least with this fake video call & the fake prize ceremony video. All this is fabricated & appear very fishy.

Not sure what I am supposed to do with this. Is this some form of proof of... what exactly?

And there we are. While we were all fretting, the IOC knew exactly where to reach Peng Shuai. They just dialled their app without any assistance from the Chinese government, and presto: she appeared beaming on the screen!