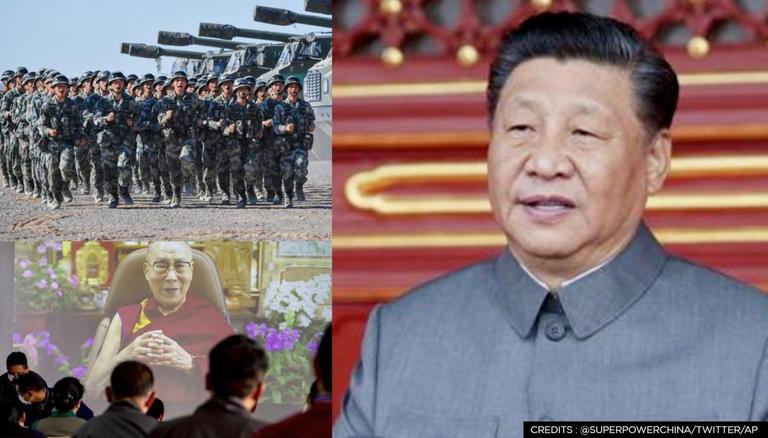 
Chinese Communist Party (CPC) is forcing school-going children in Tibet into taking up the military training at the Chinese armed forces camps during a summer vacation break, according to an RFA report. The mandatory attendance at the Chinese military camps has been robbing the Tibetan students of the opportunity to learn their local Tibetan language, the report said citing sources.

With an aim to indoctrinate the ideology of China’s ruling Communist Party (CPC), kids aged 8-16 from Tibet’s capital Lhasa and other populous areas were being sent to grasp the Chinese military training in at least two training camps which have been set up in southern Tibet’s Nyingtri, also known as the Kongpo region.

At the Young Tibetan Snow Hawk Military Summer Camp and the Tibet Rong He Military Training Center, where kids were congregated to impart the Chinese culture and patriotism, soldiers gave training with an aim of weakening the Tibetan cultural learnings among the population. Attending military camps also deprived the Tibetan kids of the opportunities to learn their own language.

“Coinciding with school break now in Lhasa, Tibetans are not permitted to hold private classes to learn Tibetan, and so the Chinese authorities are forcing Tibetan children to attend these military programs where they give political education instead,” RFA quoted a Tibetan resident as saying.

Another researcher at the Dharamsala, India-based Tibet Policy Institute told the broadcaster that the Chinese military camps were snatching the opportunities from the Tibetan kids where they could learn their own culture and language in private settings, which is critical to preserve the Tibetan national identity. These kids, otherwise, attend Tibetan schools and monasteries during the summer breaks to hone their language, but now they were asked to learn about the military programmes.

China 'implanting' its own ideology

A resident named Tenzin told RFA that the move was China’s “attempt to brainwash young Tibetans” as he called the attendance at these camps a strategy to diminish the Tibetan culture. The Chinese Communist Party has been implanting its own ideology and nationalism among young Tibetan students in military camps set up on the Tibetan border with India where border skirmishes broke out in Ladakh, last year.

Earlier last year, ruling Chinese Communist Party (CCP) announced that it will extend compulsory Mandarin teaching to preschoolers as it scrapped the minority languages such as Mongolian, Tibetan, and Uyghur. "In order to implement general secretary Xi Jinping’s instructions on nationwide Mandarin-medium education, we will further promote the use of Mandarin across the country,” a directive issued by Chinese ministry of education read. China occupied Tibet in 1950 and has exercised its control on the territory while Dalai Lama has sought to free Tibet from China.