Two Tibetan monks arrested by Chinese authorities in Sichuan province in August 2021 are incommunicado five months after being taken into custody. 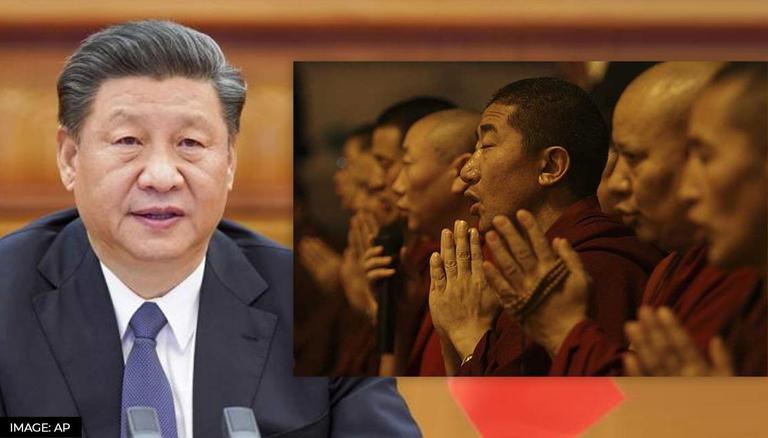 
Two Tibetan monks arrested by Chinese authorities in Sichuan province are incommunicado five months after being taken into custody. According to Radio Free Asia, the families of Tenzin Norbu and Wangchen Nyima are worried about their well-being. The two Tibetan brothers were arrested on August 15, 2021, and have since been held in a prison in China’s Tawu county in the Ganzi Tibetan Autonomous Prefecture.

In recent years, there have been reports of arbitrary arrests, maltreatment in custody, torture, sterilisation and forced abortions, frequently opted repressive strategies against Tibetans by Beijing. Last year, the Chinese authorities had even demolished two large statues revered by Tibetan Buddhists. Tibetans who objected to the demolition were reportedly arrested and beaten.

The two monks, who are nephews of Tulku Choekyi Nyima, abbot of Nenang Monastery in Sichuan's Drago (Luhuo) county, were among those arrested for objecting to the demolition of the Tibetan statue by Chinese officials. RFA reported that since their arrest five months back, their family members have not been allowed to meet them and have received no information about their well-being at all. The locals have said that the situation in Drago county is “very sensitive”, adding that at first, sources in the region were even held back from reporting the two monks’ arrest for fear of exposing them to further trouble from authorities.

Moreover, as per the media outlet, Chinese authorities have even begun to destroy monks’ quarters at the county’s Gaden Namgyal Ling monastery. A large Chinese military compound, built-in 2012 in Nyikhok around 4 kilometres away from the large Buddha statue destroyed in Drago, is meanwhile being used as a labour camp for Tibetans. RFA reported that around 12 Tibetans are being held there at the moment, including Khenpo Pagha, a monk named Myima and a few Tibetan women.

It is imperative to note that the Chinese government occupied Tibet in 1950 and ever since has tried to grip the region under its control. China has been repeatedly accused of imposing restrictions on religious freedom in Tibet. In October, the Communist government even directed the Buddhist monasteries in Tibet to translate classroom texts from Tibetan into Mandarin. Previously, according to ANI, a similar ban was also reported from Golog prefecture in October where a large number of informers would ensure that no Tibetan party member engaged in religious rituals including “Kora, using rosary, digital prayer beads and other religious objects.