A top WHO official said he was worried about safety standards at a laboratory close to the seafood market where the first COVID cases were detected. 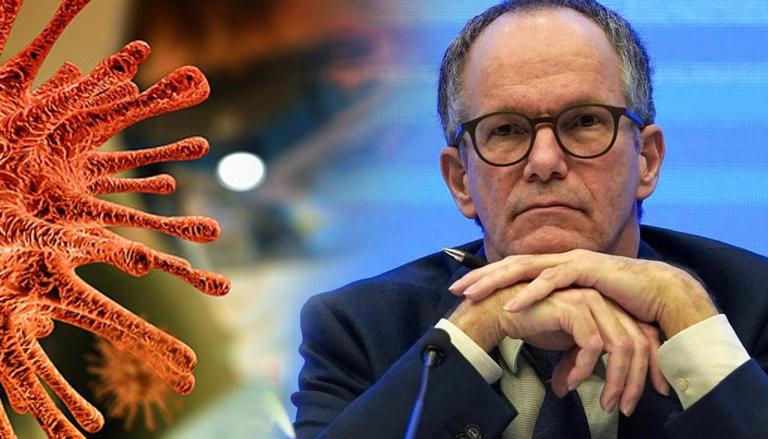 
An official of the World Health Organization-led team that visited China earlier this year to study the origins of the Covid-19 expressed his concerns about the safety standards at a laboratory close to the seafood market where the first human cases were reported, according to a documentary released by Danish television channel TV2. Peter Ben Embarek, a WHO expert of disease transmission from animals to humans, claimed that the Chinese Center for Disease Control and Prevention’s Wuhan branch was handling coronaviruses "without potentially having the same level of expertise or safety", the Associated Press (AP) reported, citing footage from the documentary. The report further showed that Ben Embarek made these remarks during a conference call earlier in January this year.

WHO dismissed possibility of virus leak from lab?

Ben Embarek also inspected the stalls at the seafood market in Wuhan and claimed that the exposure of people who worked in handling live animals in the market could have raised the possibility of the virus infecting people at the market, according to AP’s report. “It would mean that the contact between the human beings and whatever may have been in the market i.e. virus and maybe live animals would have been more intense,” Ben Embarek said, adding that it goes without saying that the close contact would be doubled many times between humans and animals if you are among them around the clock. However, later WHO released a report on its mission to Wuhan, concluding that a leak of the virus from the lab was "extremely unlikely" to have caused Covid-19. The UN health agency report even lent credence to a fringe theory promoted by the Chinese government that the virus may have been spread via frozen seafood packaging. In recent times, however, WHO chief Tedros Adhanom Ghebreyesus has acknowledged it was silly to rule out a possible lab leak as the source of Covid-19, saying "I was a lab technician myself. I’m an immunologist and I have worked in the lab and lab accidents happen."

The Danish documentary also featured Ben Embarek expressing his worries in January about the Wuhan branch of the Chinese CDC, concerns that have never been publicly disclosed by WHO. While numerous experts have questioned whether there might have been a lab accident at the Wuhan Institute of Virology where scientists were studying coronaviruses. “What is more concerning to me is the other lab, the one that is next to the market," Ben Embarek explained, referring to the Wuhan branch of the Chinese CDC, located just 500 meters away from the Huanan market. It is worth mentioning here that all of the scientists on the WHO-led team were approved by China and the team’s agenda and final report were also vetted by the Chinese government. Ben Embarek added that the purpose of the WHO team’s visit was 'collaboration and discussion' with China.

READ | WHO likely to decide on approving Covaxin's emergency use by mid-September
READ | US reports 35% increase in new COVID cases last week while India sees decline of 2%: WHO
READ | WHO to form new expert panel to continue study on origin of COVID-19 in China
READ | China slams 2nd phase of WHO's COVID origin probe, says 'tracing should be done worldwide'
Tags: WHO, Wuhan, China
First Published: 13th August, 2021 20:42 IST

WE RECOMMEND
WHO to form new expert panel to continue study on origin of COVID-19 in China
COVID-19: US intelligence agency accesses massive genetic data from China's Wuhan lab
Health Min Mansukh Mandaviya meets WHO's chief scientist, discusses approval for Covaxin
COVID-19 numbers in Southeast Asia region plateaued over past month: WHO
WHO to test 3 drugs for use against Coronavirus & efficacy on hospitalised COVID patients