WHO Urges China Again To Share Data On COVID-19 Outbreak, Highlights US' Transparency

The World Health Organization (WHO) has called on China to be more transparent in sharing data on its explosive COVID-19 outbreak, whilst praising US. 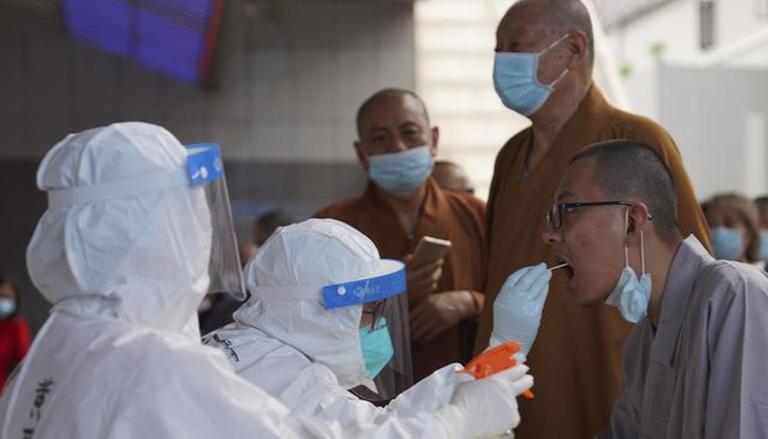 
The World Health Organization (WHO) has called on China to be more transparent in sharing data on its explosive COVID-19 outbreak while praising the United States for its "radical transparency" in its efforts to battle a new sub-variant.

WHO has repeatedly expressed concerns that China's official statistics are not showing the true impact of the current surge in COVID-19 cases. "WHO still believes that deaths are heavily under-reported from China," said the organisation's emergencies director, Michael Ryan during a press conference. He blamed Beijing's narrow definition of what constitutes a COVID-19 death, and also pointed to "the need for doctors in the public health system to be encouraged to report these cases, and not discouraged".

In contrast, Ryan praised the cooperation of authorities in the US, where the new Omicron sub-variant XBB.1.5 is spreading rapidly. He said, "There's been radical transparency on behalf of the United States, in terms of engaging with the WHO regarding the data and the impact of that data."

Maria Van Kerkhove, the WHO's technical lead on COVID-19, said Washington had supplied virtually all the data available so far on XBB.1.5, which has proven the most-transmissible form of the virus to date. The subvariant, detected in 38 countries, clearly has a "growth advantage" over other forms of the virus, she told reporters. It is also believed to be better at dodging immunity protections from prior infection or vaccination. Van Kerkhove added, "We don't yet have data on severity."

Ryan warned that, despite increased collaboration with China, the WHO still did not have "adequate information to make a full, comprehensive risk assessment". China abruptly dropped its "zero-COVID" approach last month after three years of enforcing some of the harshest anti-pandemic restrictions in the world. That unleashed a wave of infections that have packed hospitals and overwhelmed crematoriums.

However, according to official figures, only 37 COVID-related deaths have been recorded in China since last month out of a population of 1.4 billion. This discrepancy has led a number of countries, including Australia, to introduce policies requiring travellers from China to take a pre-departure COVID-19 test and provide a negative result before departing. "In the absence of data, countries have made a decision to take a precautionary approach and [WHO has] said that that is understandable in the circumstances," Ryan said.