'Won't Be Afraid': China Ready To Hit Back If Xinjiang Motion Is Brought To UN Rights Body

China’s envoy to the UN has warned western nations that Beijing is ready for a “fight” amid the growing international pressure due to 'Xinjiang motion'. 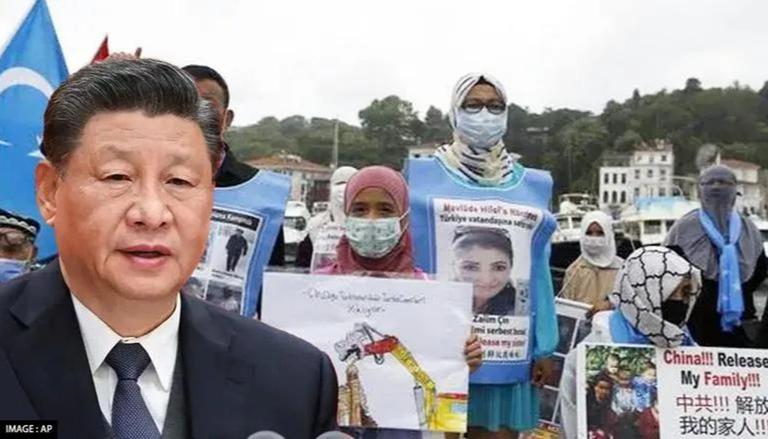 
China’s envoy to the United Nations, Xinjiang government spokesman Xu Guixiang has warned western nations and allies that Beijing is ready for a “fight” amid the growing international pressure against the nation over its alleged human rights abuses in Xinjiang.

Xu Guixiang is set to lead a Chinese delegation to Geneva, where the council of 47 member states will meet in order to take substantive action on a UN report that was published by the organisation's previous human rights council’s high commissioner, Michelle Bachelet. The report accused China of having committed “serious human rights violations” against Uyghur Muslims in the Xinjiang province of the country. The report had stated that China’s actions against the Uyghur Muslims may amount to crimes against humanity.

The Chinese envoy during his statement, as reported by The Guardian, added, “There is no such thing as the massive violation of human rights as claimed by the Xinjiang report.”

Strongly denying the accusations, China rejected any “external interference,” over its human rights violations in the Xinjiang province.

Moreover, the Chinese envoy threatened the international community against making ‘Xinjiang-related motions’ or ‘resolutions’ by saying “we won’t be afraid”. He further added, “We will take countermeasures resolutely and fight.”

READ | At UNSC, India makes veiled attack on China for putting hold on blacklisting of terrorists

China’s actions equivalent to Genocide: US

The United States and several other parliamentary bodies have declared the actions of the Chinese government in China’s Xinjiang province a genocide.

The UN report by Michelle Bachelet includes evidence of the mass detention of an estimated 1 million or more individuals after the CCP’s crackdown on the Uyghur ethnic minority of the region. The report does not mention ‘genocide’ but says allegations of torture, including forced medical procedures, as well as sexual violence were all “credible”.

Following its initial denial of the existence of the detention camps, Beijing had claimed that the detention facilities were vocational education and training centres that have since closed. Le Yucheng, the Chinese vice minister of foreign affairs, had stated at the UNHRC meet in March that the camps had been raised to “combat terrorism”.

Among the report’s recommendations and of key concern to Uyghur families is identifying the whereabouts and wellbeing of all detainees.

At a conference last week, the UN special rapporteur on minority issues, Fernand de Varennes expressed that the UN’s credibility was at stake over its next move on the report, as per The Guardian.