Interacting the officers stationed there, Xi Jinping praised their outstanding contributions to the border defence and stabilisation of the volatile province. 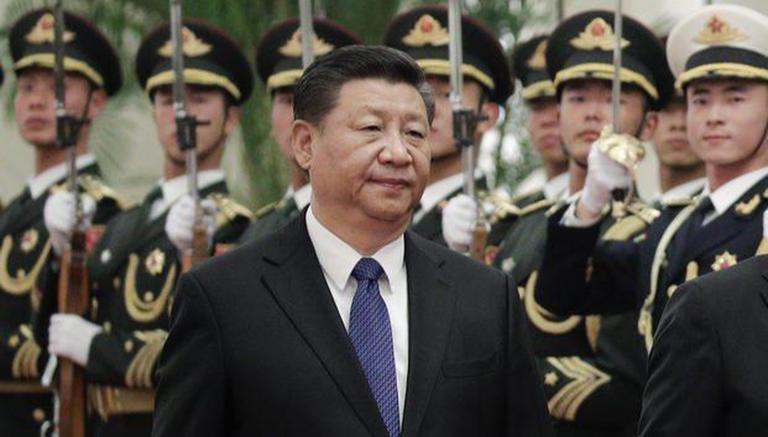 
On a rare visit to the restive Xinjiang region which borders Ladakh, Chinese President Xi Jinping met the People's Liberation Army's (PLA) troops connected with the Galwan standoff on July 15, Friday. Xi, who heads the Central Military Commission (CMC), met the representatives of the officers and soldiers stationed in Xinjiang in the provincial capital Urumqi on Friday. Interacting the officers stationed there, Xi praised their outstanding contributions to the border defence and stabilisation of the volatile province.

His visit to the border province comes even as the Chinese government remains mute on the concerns over the detention of more than a million Muslim ethnic native minorities. Yet sidelining the human rights concerns, President Xi Jinping emphasised that it is necessary to implement the ruling Communist Party's idea of 'strengthening the army in the new era', as per official media reports. He also spoke about the need to enforce a military strategic policy of the new era, and actively contribute to promoting social stability and long-term stability in Xinjiang.

The latest incident is another example of how China continues its propaganda on the Galwan flashpoint. Last year, the Chinese President promoted Commander of the People's Liberation Army's (PLA) Western Theatre Command, Xu Qiling, who is responsible for overseeing the Line of Actual Control (LAC) in eastern Ladakh. China also released a propaganda video, showing the Chinese flag at Galwan on the very first day of 2022.

All this comes in the backdrop of the controversial land border law which was passed by the country on October 23, 2021, to stipulate that "sovereignty and territorial integrity of the People's Republic of China are sacred and inviolable."

The development is significant for India since it comes ahead of the Indo-China talks today. The two countries will hold the 16th round of high-level military talks on Sunday, July 17 with an aim to resolve the outstanding issues in the remaining friction points. The meeting will be held at the Chushul Moldo point on the Indian side of the LAC. The last round of talks between the Indian Army and the Chinese PLA took place on March 11.

It is important to mention that External Affairs Minister S Jaishankar and his Chinese counterpart Wang Yi in Bali held a one-hour meeting on the sidelines of a conclave of foreign ministers of the G20 nations on July 7 during which the situation in eastern Ladakh figured prominently.

"Recalling the disengagement achieved in some friction areas, the external affairs minister reiterated the need to sustain the momentum to complete disengagement from all the remaining areas to restore peace and tranquillity in the border areas," the Ministry of External Affairs (MEA) had said in a statement after the meeting.

The Ladakh standoff was exacerbated after 21 Indian soldiers including a Commanding Officer were martyred in the Galwan Valley on June 15, 2020, during violent clashes that broke out between the Indian Army and the PLA. The Galwan clash was seen as the biggest flashpoint between the two countries since 1975.