Ten EU countries came out in support of nuclear power, demanding it to be added to the list of energy sources that are both climate and environmental friendly. 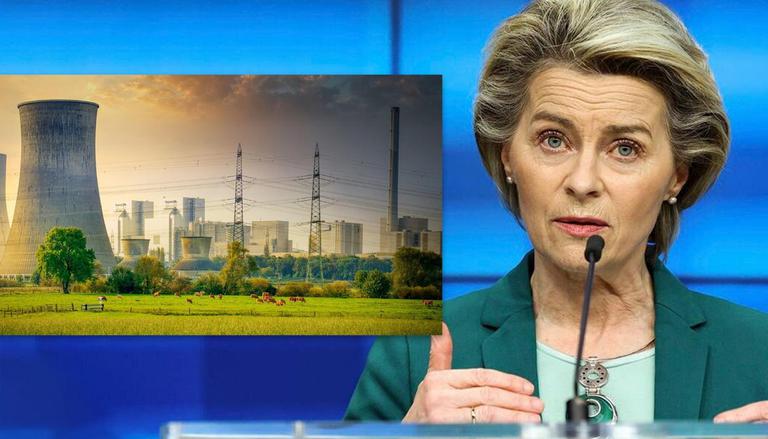 
As many as 10 European Union countries have come out in support of nuclear power, demanding for it to be added to the list of energy sources that are both climate and environmental friendly. On Sunday, October 10, an op-ed in support of nuclear energy was published by France, the Czech Republic, Romania, Slovenia, Croatia, Hungary, Finland, Slovakia, Poland and Bulgaria, reported news agency Sputnik. The above-mentioned countries noted that including nuclear energy in the European taxonomy before the end of the year is critical because it protects European consumers from price instability and contributes to the independence of EU power generation sources in the face of rising gas prices. In their op-ed, the ten countries also stated that the expansion of the EU nuclear industry may result in the creation of roughly a million highly qualified jobs in Europe, reported Sputnik citing Le Parisien, a French daily.

The European Green Deal, proposed by Ursula von der Leyen, President of the European Commission, after she took office in December 2019, intends to reduce EU greenhouse gas emissions to zero by 2050. The EU's Green Deal is at the heart of its climate action, which includes a number of initiatives aimed at decreasing greenhouse gas emissions rapidly, investing in cutting-edge research and innovation, and safeguarding Europe's natural environment. Under the Green Deal project, the EU Climate Law incorporates the 2050 climate-neutrality goal into EU law. The 2030 Climate Target Plan, on the other hand, aspires to cut net greenhouse gas emissions by at least 55% by 2030 from 1990 levels. The EU also intends to lead international efforts to increase the ambition of major emitters by setting more strong benchmarks for climate laws before the United Nations climate change conference (COP26) in Glasgow.

It should be mentioned here that earlier this year, Jytte Guteland, the EU Parliament's senior negotiator, criticised the previously set emission targets as not ambitious enough and reportedly added that he hoped for a compromise to make the EU's economy more sustainable. Under the "Just Transition Mechanism," the EU has also set up at least €100 billion to move towards a green economy between 2021 and 2027. Meanwhile, on October 7, European Commission President Leyen declared that the European Union will invest 1 trillion euros ($1.1 trillion) in sustainable energy by 2030. Looking ahead to the UN Climate Change Conference in Glasgow, Leyen predicted that COP26 would be a watershed moment for the international community.