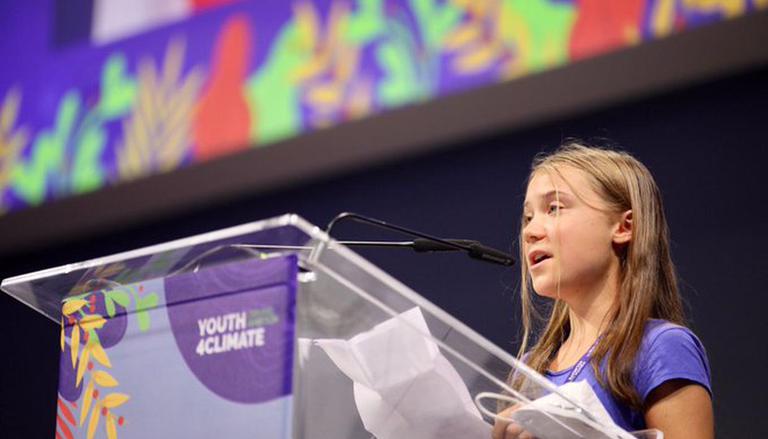 
18-year-old Swedish climate activist Greta Thunberg on Tuesday addressed the Youth4Climate conference in Milan wherein she mocked world leaders for their failure to tackle the environmental crisis. In her speech, which came days before the much-vaunted COP26 summit, the 18-year-old used soundbites from British PM Boris Johnson-like “expensive bunny hugging” and “green economy” to highlight what she termed as “empty words and promises” of politicians across the world. Calling for immediate attention to the crisis, she quipped that there was no alternate planet for humans to live on.

“This is all we hear from our so-called leaders: words, words that sound great but so far have led to no action, our hopes and dreams drowned in their empty words and promises,” the activist added.

Led by the US, major superpowers including Canada and Japan have vowed to cut down their greenhouse emissions in the coming year, although no concrete plan has been floated as yet. Recently, British Prime Minister Boris Johnson has said that there is a “six out of 10” chance of getting other countries to sign up for the financial and environmental targets of the upcoming COP26 conference. According to its official website, the summit aims to raise US$100 billion every year in climate finance to support developing countries.

Leaders are shamelessly congratulating themselves: Thunberg

Meanwhile, Thunberg further denounced world leaders and their policies asserting that they were “shamelessly congratulating themselves” while still failing to come up with the “long overdue” funds. “How long must children sleep hungry because their farms have been washed away because their crops have been dried up because of the extreme weather conditions?” she asked attendees. Despite her scathing stance, she concluded that people should not give up hope. “ change is "not only possible but urgently necessary,” the activist said.