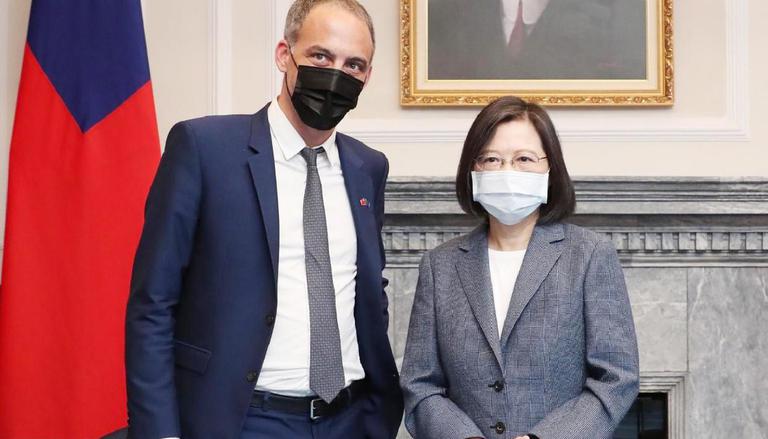 
Raphael Glucksmann, the head of the European Parliament (EP), who was part of a team that visited Taipei last week said that Chinese aggressiveness towards Taiwan is fuelling Europe's interest in the self-ruled island. The delegation's visit, according to Glucksmann was designed to convey a message to the world that all political forces in Europe have realised the necessity of dealing with Taiwan, according to Taiwan News. Glucksmann praised Taiwan for bringing together think tanks, NGOs and the media to respond to China's disinformation effort.

When asked how the European Union stands to benefit from its shift to more robust support for Taiwan, Glucksmann responded that standing with democracies against authoritarianism is a matter of principle as much as an issue of interest. He also stated that China's goals go beyond Taiwan and failure to act will only feed its rising ambitions.

Glucksmann also said that the flourishing of democracy is formidable during a meeting with Taiwan Premier Su Tseng-chang on Wednesday. He was quoted by Focus Taiwan as saying that the world does not comprehend how difficult and courageous it is to create a democracy while facing authoritarian regimes like Beijing. According to Glucksmann, the visit also serves as a way for Europe to thank Taiwan for donating surgical face masks during the early phases of the COVID-19 pandemic.

In recent months, the number of incursions into Taiwan has increased as Beijing asserts full control over the democratic island. Taiwanese Defense Minister Chiu Kuo-cheng stated in October that Beijing may pursue a full-scale invasion of the island by 2025. The delegation will be in Taiwan until Friday, according to the timetable. China has slammed the EU's actions, claiming that by supporting greater ties with Taiwan, the European Parliament has jeopardised China's territorial integrity.

READ | Chinese govt plans to force Taiwan to negotiate on Beijing terms by 2027: US Report

Despite China's criticism, Glucksmann assured Taiwanese President Tsai Ing-wen last Thursday that Taipei is "not alone" in the battle for freedom and democracy, and that the EU stands behind her. Taiwan's experiences combatting misinformation, media, culture and education, as well as Taiwan's efforts to build its cyber-resilience, are all being discussed by the European delegation.

We came here with a simple message Ms the President @iingwen : Taiwan is not alone. Europe is standing with you in the defense of freedom, democracy and human dignity. pic.twitter.com/9yW535saUh