“Our hearts go out to the people who can't celebrate today," said Dutch king in his address amid COVID-19, adding that he had hoped for “a normal King's Day.


As the Netherlands marked its National day or the kings day (Koningsdag) to commemorate the Dutch king’s birthday during a statewide public holiday, hundreds of anti-lockdown protesters congregated in at least two Dutch cities Tuesday, flouting the COVID-19 measure. Netherlands law enforcement officers attempted to disperse the crowd warning them about adherence to covid appropriate behaviour and physical distancing, but the demonstrators ran amok at a central market square in the central city of Arnhem, expressing angst against the dutch government for not relaxing the COVID-19 protocols in place since January 2021. Chanting slogans “We are the Netherlands,” and demanding ease of tough restrictions, protesters rallied in defiance of the government, as cops monitored the situation.

According to local press reports, the mayor of the city, Ahmed Marcouch had granted the Netherlands police special powers as critics of Dutch coronavirus pandemic restrictions gathered in Arnhem. In view of the rising coronavirus cases, the city’s mayor also restricted the protest to a maximum of 500 people capacity to avert the COVID-19 fresh outbreak. As the Dutch monarch, King Willem-Alexander marked his 54th birthday in Eindhoven, a southern city, the celebrations were moved to mostly virtual and the citizens were asked to join festivities online. Authorities asked citizens to mostly stay close to home and mark celebration in compliance to the COVID-19 lockdown guidance, that is, only one visitor. “You can still dig out the orange T-shirt or silly hat and hang out the flag,” the government advisory read.

“Our hearts go out to the people who can't celebrate today," the Dutch king said while addressing the nation, adding that he hoped for “a normal King's Day next year.” 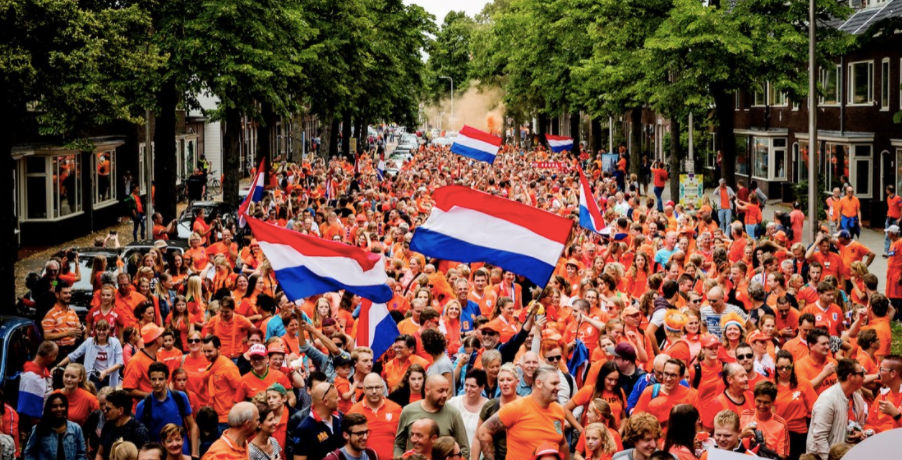 However, unable to operate their lives and businesses reeling under the tough coronavirus measures imposed by the government, the anti-curfew mob demanded reopening of the state, including the Dutch cafes and restaurants. The frustrated Netherlands citizens breached the nationwide ban on gatherings as they protesters for their basic human rights on movement. “We also have to pay rent,” one section of the workers said in the state televised footage. Despite the Dutch government’s rescue package, promising billions of euros in support to ailing businesses, citizens said that they had been waiting “long enough” and still don’t see any perspective from the government.