The head of the European Union’s executive branch, Ursula von der Leyen, called on Kosovo and Serbia to resolve their disputes through the dialogue 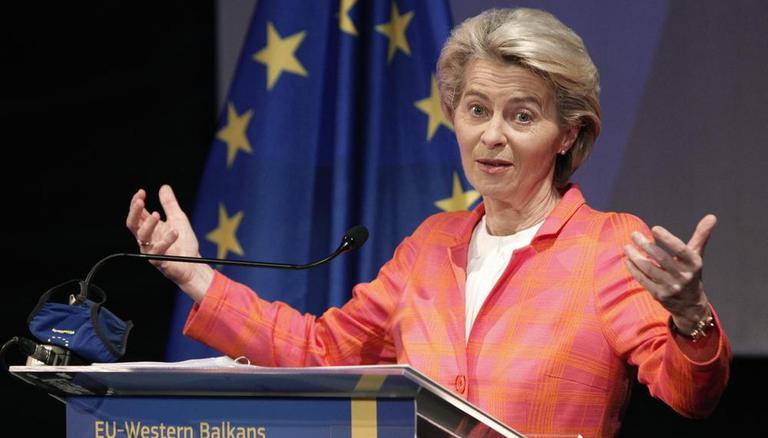 
As the tensions between Kosovo and Serbia escalate, European Commission President Ursula von der Leyen on September 29, Wednesday, appealed to the countries to resolve the issues through the dialogue.

The European Commission President's statement came after Kosovo’s government imposed a new rule of removing Serb license plates from cars coming into the country. In order to invoke the order strictly, the Kosovo government has deployed special police forces to the border crossings regions of the country.

According to Kosovo, a 10-year-old deal between the two countries had expired. Kosovo unilaterally announced freedom from Serbia in 2008. On the other hand, Serbia refuses it and continues to recognise Kosovo as part of its territory.

Meanwhile, European Commission President Ursula von der Leyen arrived in Kosovo’s capital, Pristina, to hold a meeting with the leaders concerned before an EU-Western Balkans summit, scheduled for October 6. "It is vital that Kosovo and Serbia normalise their relations," she said at a news conference with Kosovo Prime Minister Albin Kurti.

"The EU-facilitated dialogue ... is the only platform to resolve the current crisis," Von der Leyen added. When asked about Kosovo's action against Serbia, a senior leader said the country was replicating what Serbia had done for the past 10 years.

READ | Presidents of Serbia and Montenegro react to clashes

Apart from deploying forces at the border regions, Kosovo Serbs also blocked the area with heavy vehicles such as trucks and road rollers, forcing the people to pass only on foot. In order to counter the aggression of Kosovo, Serbia deployed its military jets and helicopters in the border regions.

"We understand it’s not only a question of license plates," von der Leyen said. "We all know that it’s more it’s a question how this region will move forward and whether we are going to be able to go together, the path toward integration and towards our European values here," she added.

Meanwhile, Kosovo Prime Minister Kurti accepted the offer mediated by Ursula von der Leyen and reiterated that both countries should drop the temporary license plate rule as a solution. However, countering Kurti's offer, Serbian President Aleksandar Vucic has asked Pristina to initiate the withdrawal of special forces from the border regions. Furthermore, other international groups like NATO and the United States have proposed Kosovo and Serbia refrain from taking any unilateral actions.