“Who is the enemy?” Greece minister asked. "Are Americans creating bases to strike Turks alongside (Greece), or to prevent Turkey from inflicting blows?" 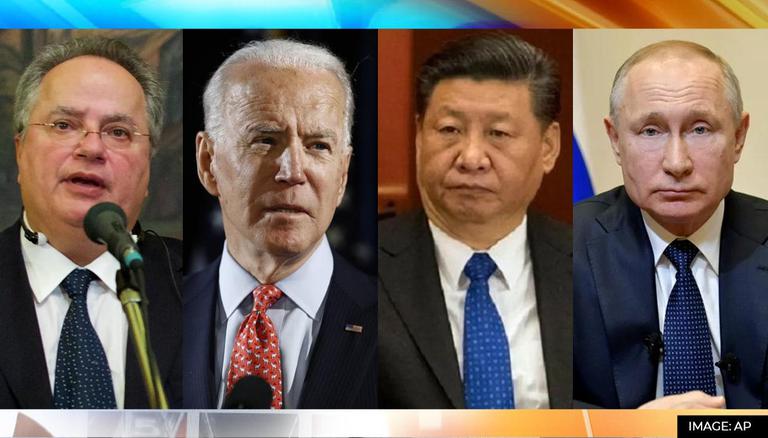 
While Greece has hailed the renewed ‘defense pact’ with the United States as a “resounding vote of confidence” from Washington, a former Greek Minister of Foreign Affairs Nikos Kotzias on October 23, lambasted the country for striking such security arrangements with France and the United States. In an interview with the newspaper Nea Egnatia, published Saturday, Kotzias argued that the defense pact could spiral Greece into a conflict with Russia, China, and the Arab world, as he labelled the deal an "unconditional surrender” on part of Greece.

Criticizing the US-Greece Mutual Defense Cooperation Agreement (MDCA) and the France-Greece Defense and Security Agreement, the former Greek minister said that the country must instead opt for a multidimensional foreign policy that must boost diplomacy between the East and the West. It must not succumb to the US and undermine bilateral relations with Turkey furthermore, by believing that Ankara is “a common enemy” as Washington’s interests and priorities lay “elsewhere,” the diplomat stressed.

Athens signed the MDCA with the US basis trust, but the question is, “who is the enemy?” Kotzias posed a daring question. "Are the Americans creating bases to strike the Turks alongside (Greece), or to prevent Turkey from inflicting insidious blows? No, they mean Russia," Kotzias told the Greek newspaper. He stressed that Greece must not provoke Russia and thwart bilateral relations with China.

READ | Defence pact with US a double-edged sword? Ex-Pentagon official warns Greece why

"(Greece) must hold an independent multi-dimensional foreign policy and be a mediator when the West and East are in conflict; to act as an arbiter. When you act as an arbiter and negotiate on behalf of others, when you promote your requests, everyone will listen to you," Kotzias’ statement to the paper read.

Earlier, the former senior Pentagon adviser Douglas Macgregor in an interview with Sputnik, said that Greece's decision to host new US military sites may force Athens into unwanted wars. The US and Greece approved an update to their current mutual defense pact on October 14, allowing US forces to train and operate from new locations within Greece. Former Pentagon adviser Macgregor explained that the conflicts have nothing to do with the US and everything to do with a century's worth of unfinished business. "Whether Athens likes it or not, Athens may be pulled into a conflict that it otherwise prefers to avoid precisely because we are present in the country. The host government, in this case, Athens, may believe that it is improving its security and that it will benefit from US largesse as Germany, Italy and other allied countries have, but they are missing the growing danger associated with our presence," he told the news agency.